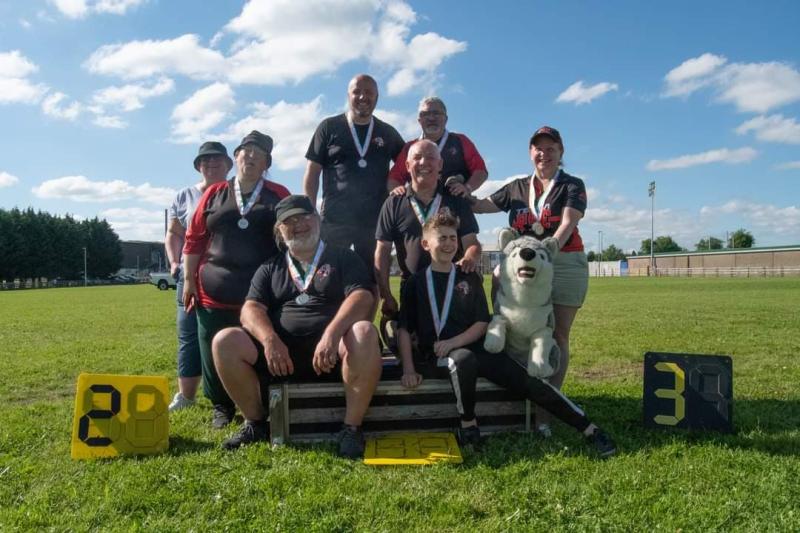 July saw two of the most important competitions in the Archery calendar, the Irish Open Target Championships and the Irish National Club Team Championships take place in Granard, County Longford with local side CúChulainn Archers bring home medals from both events.

The competitions were hosted by the Wolfshead Company of Archers, both events taking place over the course of a weekend.

In the Senior Men's Compound, held on the Saturday, Éamonn Rogers took the title of Open Champion in an event that had eluded him for some time. It now means that he has won all National and Open titles, becoming the first Irish archer to do so.

In the Senior Women's Compound Shona Judge came away with the title, while her father Fiachra Mac an Bhreithiún took Silver in the Master Men's Compound.

Rounding it up for the family was Shona's son Leon Judge who took home the Gold medal and an Irish Record in the Barebow Under 14. An incedible feat of success for three generations.

Christy Banks was beaten into 5th place - by just 1 point - in the Master Men's Compound in what was a very tough category, while in the Senior Women's Barebow, Christy's fiancée, Claudia Heinze, took the title and the Gold medal.

Moving onto the Barebow Beginner Women, Siobhan Keeble took Gold in only her second competition. Not to be outdone, husband Neil Keeble took the Gold too in the Senior Men's Barebow, all while breaking four Irish Records, one for each distance.

The Barebow under 14 Girls event saw Rose Anne O'Donnell take the Gold as well as breaking her own Irish Record.

Éamonn Rogers, Fiachra Mac an Bhreithiún and Christy Banks were the Compound team for CúChulainn and took the silver home for the club. The Compound Mixed team comprised of Éamonn Rogers and Shona Judge, who also came home with a silver.

All in all it was good weekend for the Club, who came away with Seven National Titles plus several Silver medals, not to mention numerous new Irish Records.

Anyone who thinks they might like to be the Next Louth Robin Hood and try to bring further success to this in-form club, the CúChulainn Archers regularly run beginner courses throughout the year. For all enquiries please contact the club at cuchulainnarchers@hotmail.com.