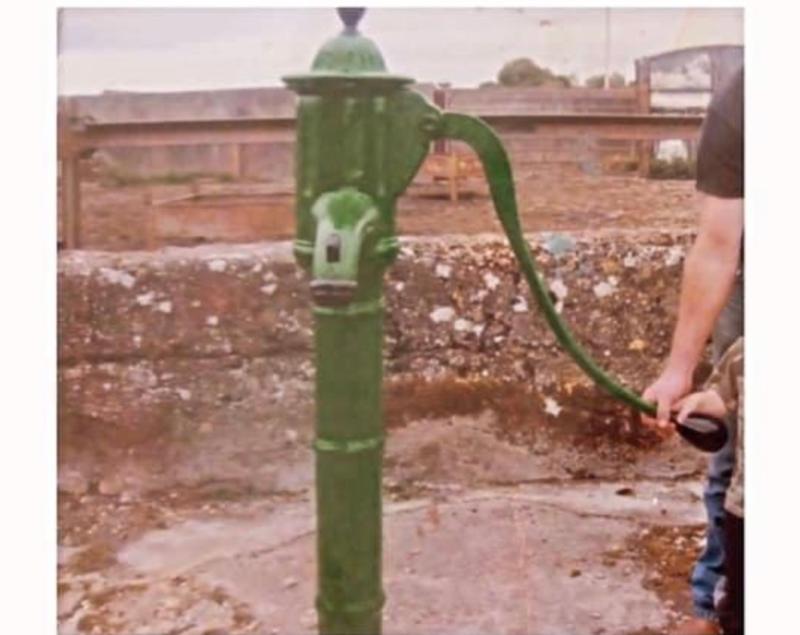 The report on the front page of the Dundalk Democrat last week about 'discoloured water' appearing in Dundalk households in recent weeks has reminded me that it was not many years ago that Dundalk homes suffered discoloured water running from the taps on many occasions, especially during drought periods of mid-summers of the last century.

There was one particular Christmas about forty years ago when the dreadful condition of the water ruined the festivities for many - not to speak about the damage done to washing clothing in this discoloured water!

Indeed, it was not until 1990 when we were finally connected to the European funded Fane River/Lough Muckno Scheme that we had an adequate water supply in Dundalk!

This, in turn, reminded of the long struggle that the various local authorities managing Dundalk's domestic water supplier had for centuries.

This water supply struggle is recorded in the excellent book by the former Dundalk Town Engineer, the late Canice O'Mahony, 'An Engineer Remembers', published in 2008.

In this book Canice has a chapter called 'Dundalk Water Supply 1870 – 1990', in which he reports on the various water schemes proposed, some of which were provided, during that period.

The former Engineer, who had a great love of local history, makes an interesting observation at the beginning of this chapter, in which he remarks that, in the 15th Century, the Blackwater Stream was diverted into the Mill Race running towards the Castletown River, to make an important source of of portable water for the Town.

Canice goes on to write that 'in the 19th Century the inhabitants of the expanding Town obtained water from a number of hand-pumps, mounted on “Abyssinian Wells”.

He describes how these wells were drilled and operated and states that 'following the establishment of the Town Commissioners in 1855 and contract for the maintenance of these pumps was let on an annual basis'.

Not long afterwards this water supply was proving inadequate and in August 1880 the Commissioners called a meeting of rate-payers in the Town Hall to consider how Dundalk might be provided with piped water supply from outside the Town.

As a result of this meeting a scheme was begun which was to bring water from the Cooley Mountains into a Supply Reservoir at Annaskeagh, Ravensdale, from where it was piped, via Dowdallshill, over the Big Bridge into the town streets.

So, it was due, mainly, to the efforts of the old Dundalk Town local authorities, and to some extent Canice O'Mahony himself, that we have the modern domestic water supply, which is excellent compared to many other Irish towns - in spite of whatever faults may arise from time to time!