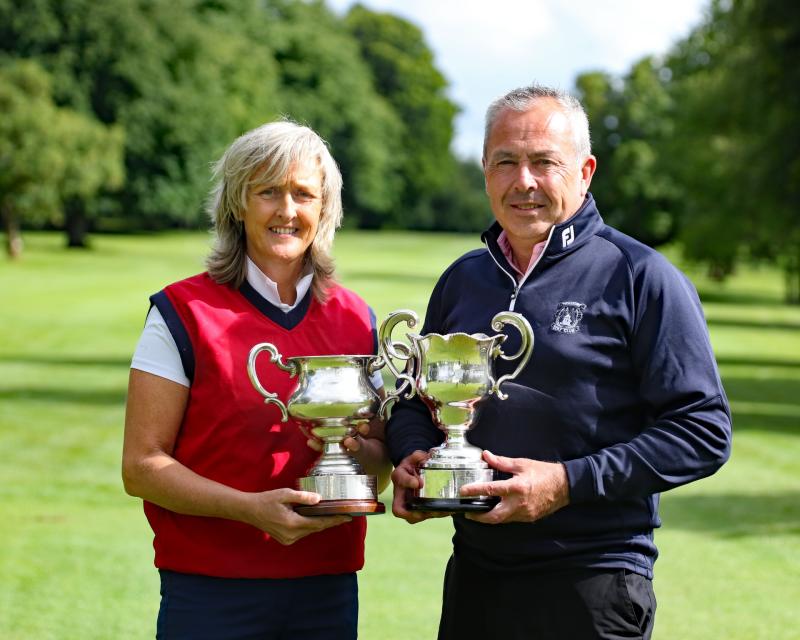 After finishing as leading qualifier in Wesport in 2021, Smith had to settle for being runner-up to Carol Wickham after the Laytown & Bettystown player defeated her 3&2 in the final.

She headed to Thurles for this year’s event as one of the favourites and justified that tag when she led the qualifying phase after the first round following a one under par 72 and led by four from Tracey Eakin of Dooks.

But, in tough conditions on day two, the pair finished level on 152, five clear of the field, after Eakin shot a second successive 76 to Smith’s 80 and the Dundalk player had to settle for second seeding in the Matchplay based on countback.

The top 16 qualified for the Matchplay stages and Smith needed 36 holes to get to the semi-finals as she beat Clodagh Hopkins of Woodbrook and Maria O’Reilly of Headfort on the last green in the first round and quarter finals respectively. But those two stern tests proved extremely beneficial.

“I hung in throughout the day and played well on the back nine in both matches. I was three down in the two of them. I figured out what I was doing wrong in the afternoon and worked from there,” said Smith.

In the semi-final Smith beat Sheena McElroy of Grange 3&2 in the semi-final and qualified to meet the 2014 champion Laura Webb in the final after the Royal Portrush player had defeated Eakin on the 19th hole in her semi.

The Dundalk Golfer was in superb form in the final as she took the lead on the third, and only lost one hole after that before she closed the match out on the 15th green for a 4&3 win and a well-deserved national title.

“I played my best golf of the week in the final,” Smith said after her win. “I was a bit slow in the first two days. I found something yesterday afternoon in my swing and brought it into today.

“I grew in confidence when the shots came. I knew I had to play really well to beat Laura because she is a really good player. It’s not often you play your best golf in the final, but I’m delighted I did.”

Smith, who is also a member of County Louth Golf Club, got a big welcome back when she returned to Dundalk having added the senior version of the Irish Close Championship to the title she won in 2004 when she beat Tara Delaney on the 20th hole of the final at The Island.