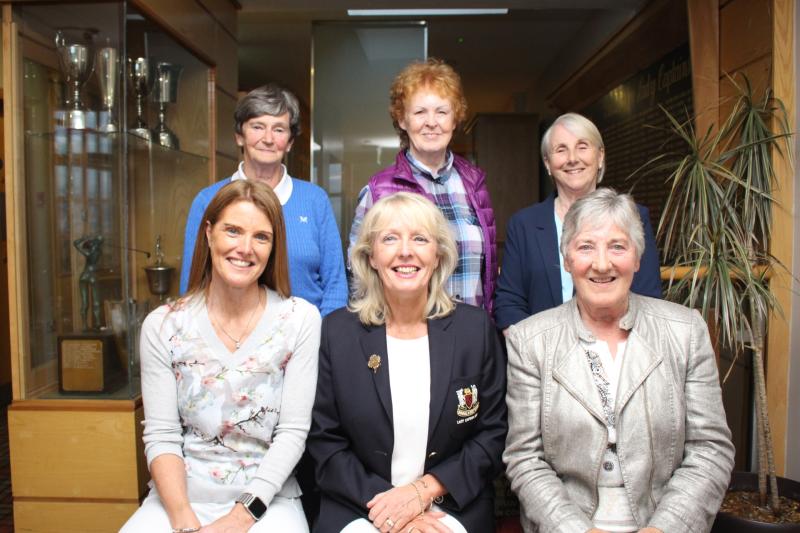 McBride, a 10 handicapper who is a member of the Provincial Towns Cup team, had three shots to spare over Vincent Jackson in second place and Danny Gallagher in third. Conor Murray (16) took the nett prize with a 68.

McBride opened with five successive fives before claiming his first birdie of the day at the par five sixth. After a bogey at seven, he finished the front nine with two successive pars to go out in 42.

He began the back nine with a bogey at 10 but then had four fours in the next five holes. There was also a par three at the short 13th and more pars followed at the 15th, 17th and 18th as he came home in level par 36 for a score of 78, six over par gross.

Rice, a 19 handicapper, had five pars at the first, second, seventh, ninth and 13th during his round of 89 which also included four double bogeys. He went out in 43 and came home in 46 and had two shots to spare over Mark Coan in second and three over John Parker in third.

Teenager Eoin Purton won the Oriel Cup, sponsored by Moran CCTV, Dundalk, with an excellent nett score of 66 off six.

He went out in 35 nett after eight pars and a double bogey six at the eighth. That was to be the only blemish on an otherwise fine card as he had birdies at the 14th and 17th and seven pars on the back nine.

Turlach King (12) finished second two shots behind Purton while Caolan Rafferty had the day’s best gross with a four under par 68 that included five birdies and just one bogey which unfortunately came at the very last hole. Divisional winners were Bobby McCarthy (10), Kevin Carthy (16) and Killian McDonnell (21).

On the inter-club front the North Leinster Mixed Foursomes team were beaten 3-2 by Skerries while the Junior Boys beat Laytown & Bettystown by nine holes and now face either Roganstown or Portmarnock in the area final in Howth at the end of the month.

Open Week got off to a great start for the ladies, with an 18 Hole Stableford Competition on Tuesday June 28th. This was very kindly sponsored by The Brake.

Leading scorers were Bernie McCabe and Geraldine Hoare, who won Division 1 and 2 respectively with a superb 39 points. Juvenile Grace Cosgrove was the winner of Division 3 with 38 points.

A two-lady team event took place on Friday July 1st, very kindly sponsored by Tony Kieran Butchers. The winners were Joan Corrigan and Mel O’Loane, who shot a super 45 points, one point ahead of their nearest rivals. Many thanks to The Brake and Tony Kieran Butchers for their continued support.

Very well done to all players and managers for their great progress to these later stages of the competitions.