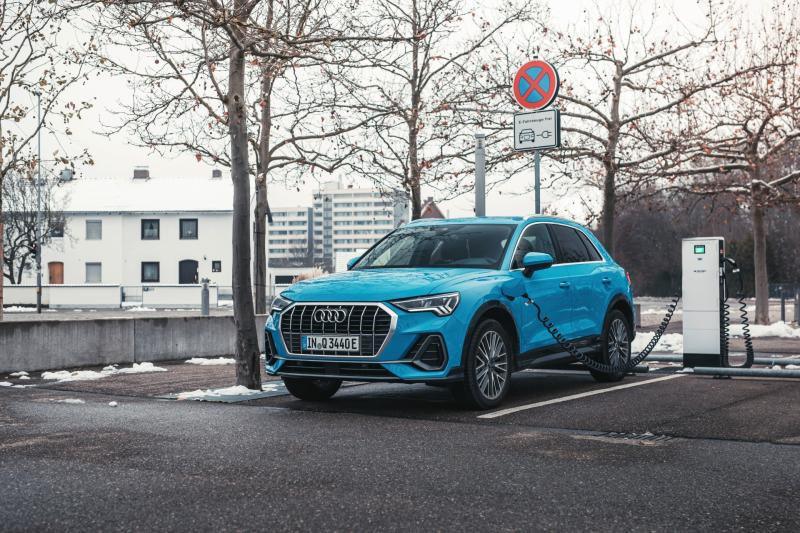 Audi’s third best-selling car in Ireland is the Q3 and it is their best selling crossover/SUV too, so it is an important car for Audi here. In the premium sector it competes with the likes of the Mercedes GLA, the BMW X1, the Volvo XC40, the Lexus UX, the Range Rover Evoque and the Jaguar E-Pace.

That’s really, really strong opposition and yet last year it outsold even the glorious Volvo XC40 that seems to be the go-to car in the sector, winning loads of awards and arguably the best looking of them all.

A lot of pressure on the new Q3 to maintain its prestigious, number one position so. It gets off to a good start with new styling that whilst subtle, has a radical effect on the overall look.

It looks sophisticated and the mistake with the original grille with those plastic wings has been corrected giving the front a much more expected Audi look. The side lines now include a flared rear arch for a sportier look and the wheel arches look a lot bigger than the old model.

At the back you’d instantly know it is a Q3 but there are different light clusters and the rear hatch door looks like it goes deeper into the bumper with a new full width crease. It’s more or less the same dimensions, WxL, as a Peugeot 3008 to set it in your minds but it hides its bulk well. I suppose they could not go radical knowing sales would be at risk and the new one won’t offend for sure.

The inside is very much what you’d expect from Audi being of high quality. The infotainment system is level with the centre of the steering wheel, and not on top of the dash that’s never really a successful place to put them.

It’s also nicely shaped merging with the fascia and has a well thought out look about it. The touch response is brilliant and Audi are probably the best at touch. With a small bit of effort it becomes very intuitive to use. Below the screen there are separate climate controls and a standalone multifunction knob for volume control and channel control.

This is a wonderful use of a single knob, you can also perform these functions on the steering wheel as well as cruise control and other functions. There is a crisp digital driver’s display that’s simply fantastic and all of these items go some way to warranting the price tag of the car.

Being a plug in hybrid you get to drive 51kms using pure electric and if this matches your to, or to and fro, commute, then it really is an attractive proposition; especially with rising prices for both fuel and electricity.

PHEVs are sold on their energy use and the part you can play in reducing carbon emissions, but what’s not championed is that when the petrol engine and electric motor combine there’s 245hp available. And with that available you’ll use it eagerly, requiring more petrol and more electric charging. Does the environment really win if we use more resources? Maybe you might be able to resist but I was tempted. Perplexingly with all that oomph it isn’t blisteringly quick and I’d have to say the 245hp figure feels like, if you can really feel 245hp, like a 150hp car.

I liked driving the Q3. I went into PHEV energy saving mode most of the time felling good about conserving the planets resources with the odd blast to remind me of the joy of driving. The steering wouldn’t be the best at providing feedback and I found, when pushing on, the computers could have been a bit quicker in finding the right gear for me. What it is very good at though is absorbing road imperfection delivering a very comfortable, premium ride.

The sting, or is that the expectation, with an Audi is price. Price is related to your purchasing power and if you have it you’ll be attracted to the Q3. It starts at €48,180 for the SE trim or €51,970 for the S-Line. There are only two trims to choose from but with Audi that doesn’t really seem to matter as there is an extensive options list to pick from.

There is also a two trim Sportback version of the Q3 that will create a lot of desire being that little bit cooler trying to be coupe shaped. The energy use was pretty good, returning 6.6l/100kms from the petrol and 7.2kWh/100kms for the battery for all the users of the car over the long term. My best petrol use was 4.6l/100kms.

The Q3 in PHEV guise is a powerful tool that Audi have added to maintain and boost Q3 sales. It’s the right shape and now has the added PHEV powertrain which I still think “the neither one nor the other” combination has a big role to play in our eventual total conversion to all-electric.