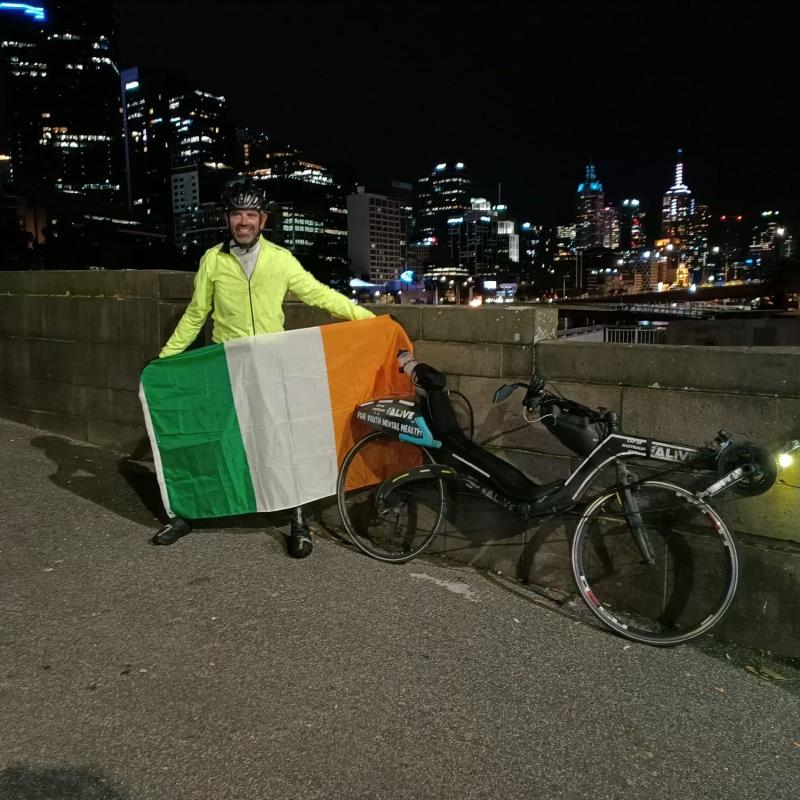 A Roestown man, Bryan Taaffe, has broken the record for cycling a lap of Australia solo on a recumbent bike in aid of youth mental health charity Alive.

The journey followed a route of just over 15,000 kilometres and with Brian smashing the previous record of  48 days 23 hours and 37 minutes by five days completing the cycle in 43 days 23hrs 1 minute .

Bryan, who emigrated to Australia when he was 23, set off from Spencer Street Bridge in Melbourne on 17th May cycling a colossal 529.5 kilometres in eighteen hours on his first day.

The route will follow sealed roads as close as possible to the perimeter of the Australian coastline.

Bryan took up cycling as a hobby just three years ago and already held the record for cycling across Australia, doing so in 9days 19hours breaking the previous record by 45 hours raising $13,500 (AUS) in the process.

Not satisfied with resting on his laurels Bryan set about planning the 15,000k ride around Australia with the help of his niece Aoife Taafe.

The ride was completely solo, on sealed-roads and without a support vehicle.

Battered and bruised he had to deal with extreme temperatures, flooding and gear malfunctions and was even knocked off his bike by a bird in Western Australia.