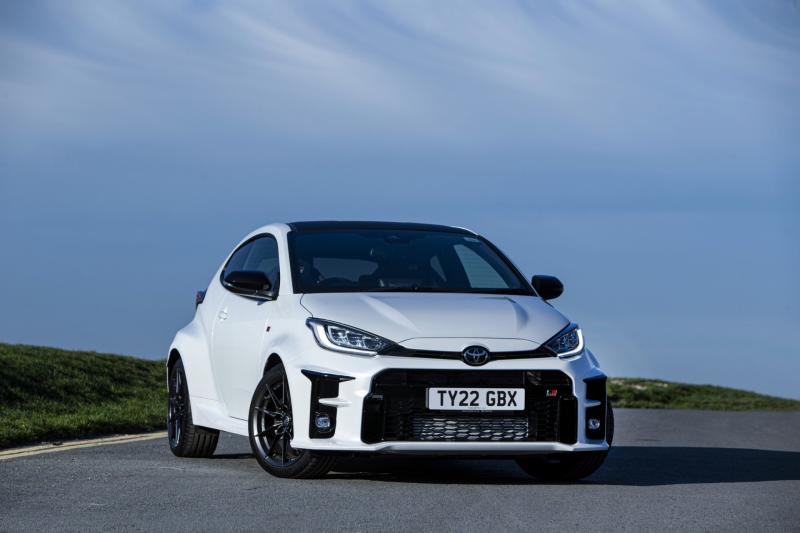 GR Four was the name on the first Toyota to win the World Rally Championship (WRC). Back in 1990 it was a Celica and driven by Carlo Sainz. His son, also Carlo Sainz, currently drives an F1 car for Ferrari. Toyota went on to win it 3 times after that, last time was 1995. Then in 1999 they left WRC only to return for the 2017 season.

This time the chosen car was the Yaris. They went on to win the WRC in 2019, 2020 and 2021. That was the last year that purely fossil fuelled cars were allowed to compete. It’s now called Rally1 with the main and significant change being the cars must be hybrid powered now.

Nevertheless, they’ve adjusted nicely and are leading the new 2022 Rally1 championship with a Hybrid version of the Yaris GR Four.

The beauty of Toyota returning to rallying is that the general public gets a chance to buy a roadgoing version of their all-conquering rally car. I got the chance to drive it after a few false starts, but the wait has been worth it.

In the flesh it looks stunning. Flared where it should be it has a beautiful stance. It has tell-tale twin exhausts that always, for me, confirms potency and symmetry. They are real exhausts too and not those bewilderingly fake ones becoming all too common these days.

It’s a 3-door model which adds to the sportiness but bizarrely you can’t buy a normal Yaris with just three doors. Correct that if Toyota had the curves on the 3-door version rear passenger headspace would be compromised, but in fairness who’d ever want to be in the back of this performance car when its full potential is being used.

On the inside it is usual Yaris equipment with a few GR touches to give the game away but not many. 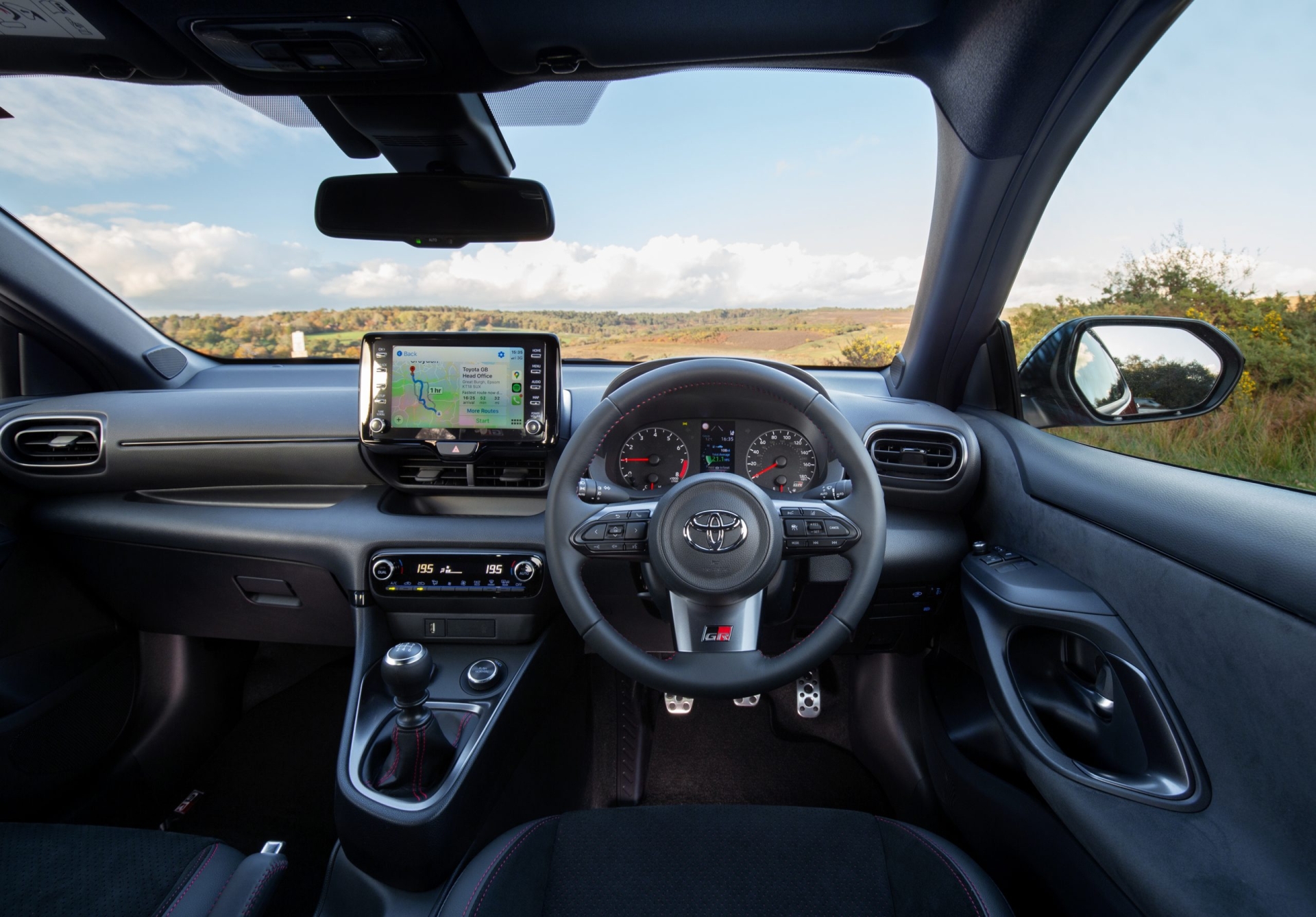 All the money went into the performance of the car with all-wheel drive, 3-cylinder 1.6l turbo charged engine producing 261hp to move its tiny 1,280 kgs of weight. That allows 0-100km/hr in just 5.2 seconds. Those are the figures, but the experience is much more visceral.

This car commands your attention and encourages you to use it’s potential. It’s not happy being driven sedately. There are three drive choices Normal, Sport and Track. The main effect of these is how the power is delivered to the wheels 60:40 in favour of the front wheels in normal switching to 30:70 in favour of the rear wheels when Sport is selected.

I was quite happy to use Normal with the odd dabble with Sport. Regardless of mode chosen, the engine noise accompanying it is so good and expected, and more importantly matches its potential.

Driving the Yaris every road becomes a playground and the number one ingredient there is, of course, fun. Let’s face it, I’m not Carlos Sainz, but this car makes me feel like I am. I delighted in its acceleration, braking and cornering imagining I was driving around Sicily or Monte Carlo and not Louth.

In a time where we get instant acceleration from all the new electric cars on sale its incredible that Toyota have given us that experience solely using petrol.

The instant response from this car is breath-taking and the best I’ve experienced in a petrol car. And all from the Hybrid company. Does this mean performance must come from petrol and not hybrids or all electrics?

The driving position feels too high for me. The rally seats are excellent and all that, but I would have liked to have been seated lower and deeper into the car.

I’ll summarise the Yaris GR4 thus. It is missile fast, handles better than anything I’ve driven and for the money, for what you get, represents very good value compared to other tuned variants of our normal cars. I want one. But I could not drive it every day. It requires commitment and consideration.
In addition, despite my accruing years, my left lateral prefrontal cortex hasn’t developed sufficiently to allow me resist driving it too fast in places where I shouldn’t.

It’s not an easy car to drive reservedly. But on any given day, in any weather, on any road, if there was a suite of cars I could choose from I know my left lateral prefrontal cortex would cope with the choice with aplomb and steer me to the Yaris GR4 every time.
An epic car, delivering epic performance for an epic driving experience.