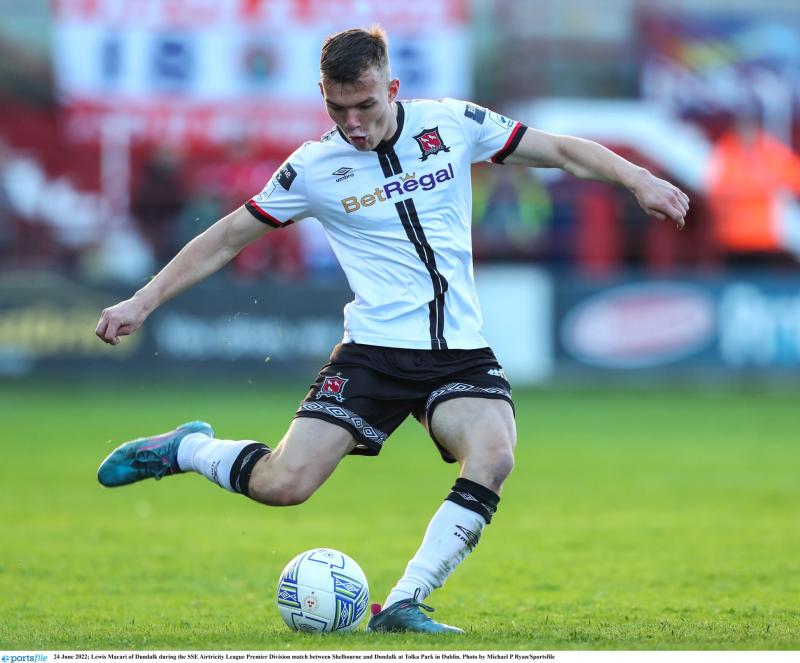 Whether you are a player, pundit, reporter, coach or supporter of Dundalk FC, all this week you have been waiting anxiously on the news about Loanees Nathan Connolly and Lewis Macari, whose contracts with the Lilywhites expired this week.

Today came the welcome news that at least one of those two defenders, who have become vital to Dundalk this season, will be staying on at Oriel Park after the club came to terms with Stoke City, allowing Macari to remain in Ireland until the end of the season.

“I’m glad it’s all sorted,” he told dundalkfc.com. “I had a feeling that I was going to stay, especially as I’ve been playing games. I came over here to play and get that experience and being over here has really helped me as a player.

“I feel like I’m getting better and better with each game I play and it was only right to stay until the end of the season and try and help the team go as far as we can go.”

The Welsh U21 International has become a fan favourite, having helped the Lilywhites on their way to nine clean sheets this season, along with contributing to the attack with three assists, which included the cross that led to Robbie Benson's winner versus Shamrock Rovers.

Manager Stephen O'Donnell was extremely keen to keep the talented 20-year-old at the club, noting he can only progress further by continuing to start with Dundalk.

“I picked Lewis up at the airport back in January and he had never been in Ireland before, and never really been outside of Stoke before!” noted the Galwegian.

“He is a quiet boy and it took him a little bit of time to adjust but his attitude is brilliant and he is playing with real confidence now.

“As a person, he is the salt of the earth. You couldn’t ask for an easier player. He never complains or looks for anything, he has been brilliant around the place.

“It has been good for him to play so many first-team games and hopefully he’ll play a lot more between now and the end of the season.”