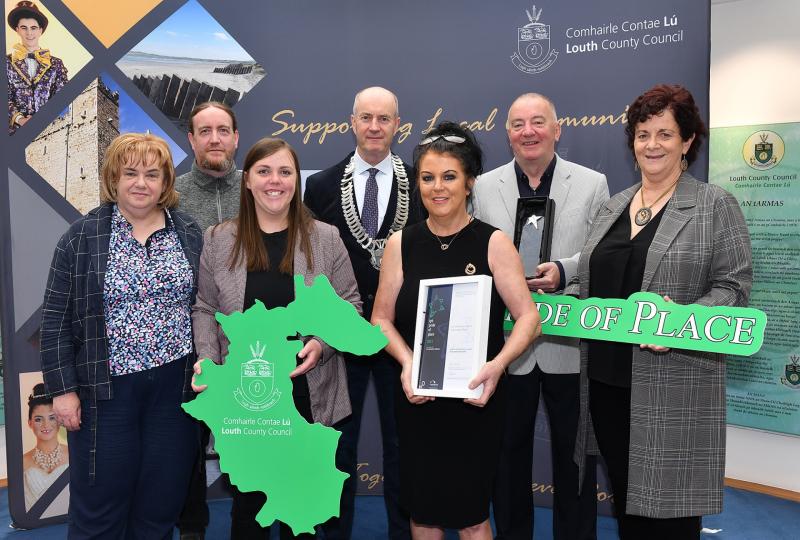 The Cox’s Demesne Youth & Community Project and the Blackrock Coastal Community were honoured by a presentation on 20th June at the County Council offices to mark their recent success in the Pride of Place Ceremony which took place in May 2022.

The Cox’s Demesne Youth & Community Project won the overall prize in the Community Wellbeing Initiative category and the Blackrock Community also made a podium finish, where they came runner up in the Island and Coastal Communities category. They were competing against eighty four projects, which were put forward by 34 Local authorities across the island of Ireland.

It is a significant accomplishment, being recognised in such a prestigious all Island competition and both groups have showcased that community spirit is alive and well and we wish them continued success in all their future endeavours.

Warmest congratulations to all participants involved.