Inside Track: You drive for show and putt for dough – now for more than ever before 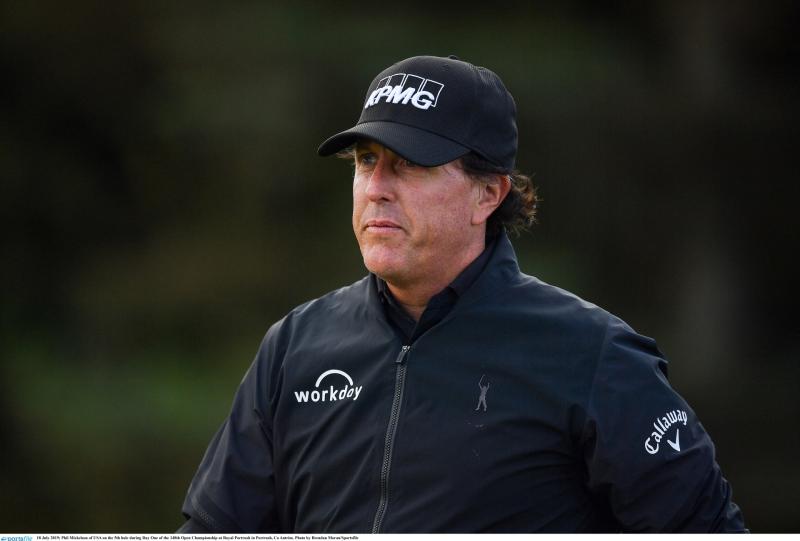 The craic one night was about a prominent Gaelic player who had just turned his hand to soccer. It was professional soccer, but he was playing at such a low grade, they’d be no chance of him giving up his job.

Some said it was a good move of his, others felt he was wrong. The sage among us was saying nothing, but was eventually asked for his opinion. Money, he said, speaks all languages.

Maybe it does, but as I’ve said, what this chap would be getting out of it would hardly have been the reason for him changing sides. Maybe he thought the place he was going would be a stepping stone to something much bigger.

I can say that like Pearl The Singer he never made it. In due course he returned to his first love, and carved out a good career for himself, not winning anything major at county level, but collecting a few decent prizes with his club.

I’ve been thinking of late of what the sage had to say, my thoughts influenced by this new LIV Golf Invitational Series, which had its first outing over the weekend.

The LIV is a breakaway organisation backed by Saudi Arabia, and like most associated with that place, money, well, speaks all languages –  in this case, enough of it to choke every ass in the world, with enough left over to have a go at elephants.

That guy’s on to a hundred million to run the show. There’s twice that for this guy to sign up. Prizemoney will put all the traditional events in the shade.

There’s always been big money in golf – now there’s going to be even more. And of course heads have been turned. Some of the longest-established players in the world, guys that have got a fortune out of the PGA and European Tour, took part last weekend, playing for prizemoney which may have looked huge, but was modest by comparison for what they got for signing up.

I saw a case being made for Dustin Johnson, Graeme McDowell, Sergio Garcia, Lee Westwood and others who joined the breakaway tournament. They’re on the wrong side of 40 and have to look to their future, it was said.

Unless they’ve all been like Phil Mickelson – another signee – who’s believed to have thrown a fortune across bookie’s counters, or played the slots until his arm was sore, I wouldn’t imagine any of that lot would ever have to worry about putting a loaf on the table, or be concerned about the rentman coming to the front door.

It remains to be seen what, if any, damage will be done to the professional game as we know it, or, at least knew it. There’s reason for concern. It was money more than anything else that destroyed professional boxing, and no-one would want to see golf going the same way.

Where once boxing had just one World title for each weight division, now there are several, all created for the sole purpose of generating wealth for promoters and others, only some of them known to have ever laced up a pair of gloves. No-one can say this hasn’t led to titles’ loss of value and prestige.

Way back when the Saturday matinee was a week’s highlight, a cheer would go up in the Magnet or Adelphi whenever Pathe or Universial News came on before the big picture, and it would be particularly loud if a segment covered a World Heavyweight fight, with Joe Louis, Rocky Marciano or Floyd Patterson in the ring.

Now? Here’s one who wouldn’t switch on the telly to watch a World title fight, even if it was being shown live on a ‘free’ station. Well, I might be tempted if Katie Taylor was on –  or, hopefully, in a few years’ time, Amy Broadhurst.

Soccer is a multi-billion industry, with many of its practitioners earning mouth-watering – some would say absurd – wages. But its promotion, at least in the country closest to this one, whose teams are better supported from here than any League of Ireland club – and that’s something which I find perplexity written all over it –  comes across as being corruption-free, and probably is.

Then there’s GAA. May it never lose its amateur ethos. Yes, it has its earners, but the vast majority of the thousands upon thousands who play and promote games are in it for the love of it, and that undoubtedly adds overwhelmingly to its appeal, making hurling and football the country’s most popular sports. That said, the hope is that football, as it’s being nowadays practiced by many teams, doesn’t cause supporters to turn away. Hurling, at the highest level, is thriving.