Joe Carroll: No gain for Louth footballers from cautious approach to Cork match 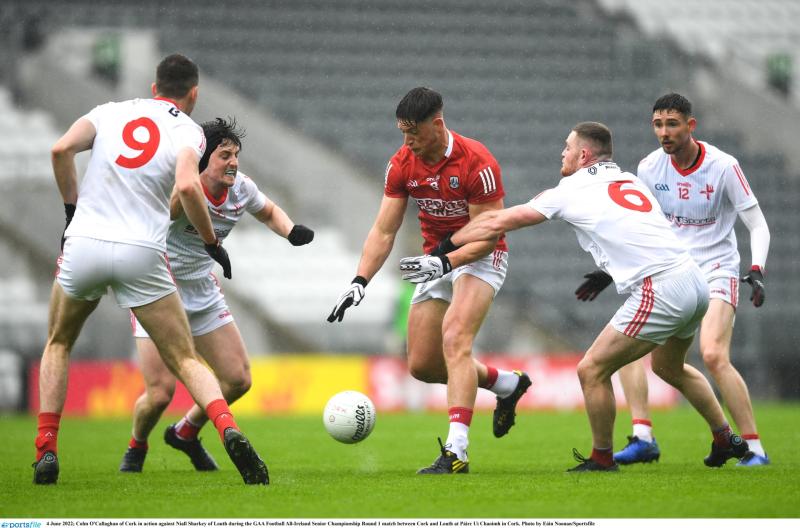 It wasn’t pretty, nor was it successful. Louth’s approach to Saturday’s All-Ireland match with Cork bore a slight similarity, but nothing more, to what we’d seen – and was successful – in a rewarding National League campaign.

The change of tack, from an emphasis on defending to having, at times, fifteen men in their own half, had been signaled, and didn’t come as a complete surprise.

“There will need to be a degree of conservatism about how we play, because if you open the door to a team like Cork to run freely at us, it would be a big challenge in the space of Pairc Ui Chaoimh,” said manager, Mickey Harte, in a pre-match interview.

It could be that Louth were too cautious, affording Cork more respect than they deserved. The Rebels looked even worse on Saturday than at any time during a league campaign which ended with them narrowly avoiding relegation. Yet they were able to fashion a 2-12 to 2-8 win, Louth’s second goal not coming until near the end of time-added-on.

Maybe had Louth been as adventurous throughout as they were in the last ten minutes, when the bus was eventually driven off the field, there might have been a better outcome. There are times when there’s no harm – or, maybe, an absolute necessity – in taking a gamble.

Aside from conceding every kick-out, almost every time Sam Mulroy faced up to a close-in free, the rest of the team retreated into their own half. What if Mulroy had struck the woodwork, the ball remaining in play? There’d have been no-one there to try to pick up the pieces.

Louth’s management can argue that had the ball not been given away on the lead up to Cork’s first goal, pushing their lead out to six points five minutes from the end of regulation time, or had first-time Cork goalie, Chris Kelly, not brought off a great double save from John Clutterbuck and Ciaran Keenan ten minutes earlier, their approach to the game could have got a result.

We’ll never know. Louth are now finished for the year and won’t be seen out again in organised football until January. In the month after that we’ll be watching Division Two league fare, Harte’s team, new-look perhaps, taking on five counties still involved in this year’s championship going into this weekend.

Inside Track: Cards have been in soccer for over 50 years

Something else, taking us far away from football. Just how much does Mickey Harte have to endure as he plots his way through life? His daughter, Michaela, was murdered while on honeymoon, and now, eleven years on, her death is mocked for no other reason but to satisfy a seeming lust for sectarian hatred of people gathered in an Orange hall in Co Down.

Just weeks after his daughter’s death, Harte somehow found the resolve to be on the sideline as his then-Tyrone team took on Donegal in a National League match. It couldn’t have been any easier for him on Friday last as he took in the journey to Cork, soon after news of the sickening event in Dundonald, a surburb of Belfast. Yet he did it.

Though he’d probably shun it, this man deserves recognition for more than he has achieved on the football field.