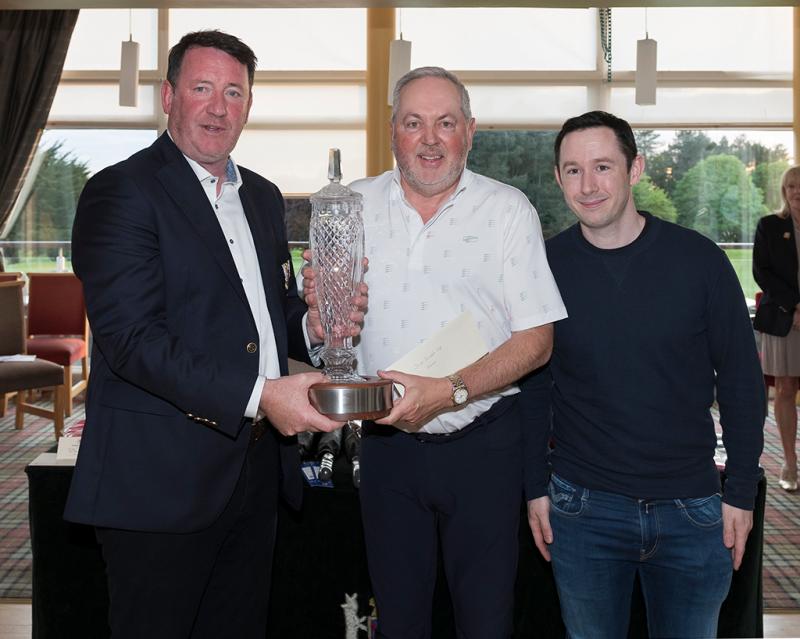 Martin Cairns won the Arkew Cup on countback from Fergal Sexton after both had shot nett scores of five under par 67.

Playing off 19, he went out in 32 nett thanks to a birdie four at the sixth and pars at the short fifth and ninth. Another par followed at the par-five 10th and he added another at the 17th as he came home in 35 nett.

Sexton, who was playing off nine, could only come home in 36 nett after going out in 31 nett. He birdied the third and had seven other pars with his only bogey coming at the index one fourth.

But he bogeyed the first four holes on the back nine and although he birdied the 14th and parred the next three, he could only bogey the last and came up a shot short when the destination of the Arkew Cup went to countback.

Michael Flynn (16) made a welcome return to the podium as he finished second on 39pts with the in-form Derek Williams in third after shooting the same total.

The Barton Shield team are through to the next round after a narrow win over Corrstown while the Junior Cup team had a brilliant 3&2 win over Portmarnock where three matches were decided on the 18th and two on the 19th.

Divisional winners in the 18-hole stableford played on Saturday May 28 and Tuesday May 31 were Brid Rocks, Nora Byrne, Amanda Reenan and Miriam O’Mahony. Well done to all prize winners.

In interclub news, the Intermediate Cup team were beaten by Malahide and the Senior Foursomes went out to Balbriggan.