Mid-Louth: Clogherhead RNLI come to the aid of seven people and a dog 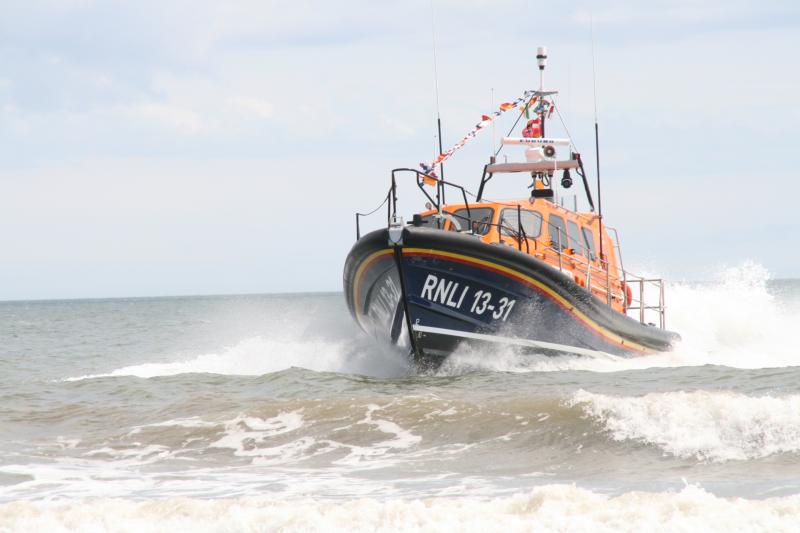 Kilkeel and Clogherhead RNLI last week came to the aid of a vessel that ran aground close to Narrow Water Castle.

In a statement the RNLI said:

"The volunteer lifeboat crews launched their inshore and all-weather lifeboats at 3.30pm on Tuesday (24 May) following a report that a vessel had ran aground on a falling tide earlier in the day close to Narrow Water Castle.

"With no one in immediate danger, a decision was made to hold off on launching the lifeboats to assist until the tide came up.

"The Tall Ship had been on passage from Newry to Ballycastle when it got into difficulty.

"Weather conditions at the time of launch were calm but with the rising tide, the ship began to take on water quickly.

"On arrival, lifeboat crew assessed the situation and immediately three crew members were transferred on to the ship along with two lifeboat salvage pumps to take the ingress out.

"A decision was then made to transfer the seven crew and the dog on to their smaller inflatable tender which was then safely escorted to Warrenpoint Harbour by Clogherhead RNLI’s all-weather lifeboat.

"Meanwhile, two more pumps were put aboard the vessel and after two and a half hours of removing the water with the combined effort of the four salvage pumps, the ship became level with the sea again.

"A decision was then made to establish a towline with Clogherhead RNLI’s all-weather lifeboat.

"Once a tow was successfully set up, the ship was taken safely into the channel where it was able to continue under its own steam to the nearest safe port at Warrenpoint Harbour escorted by both lifeboats."

"Thankfully, no one was in any immediate danger, but the ship’s crew safely moved to their tender once the vessel began to take on a lot of water as the tide rose. There was great teamwork between ourselves and our colleagues from Clogherhead RNLI and Greenore Coast Guard. We had to work quickly to get the salvage pumps on and to remove the ingress of water which we were delighted to see working in order to save the vessel."