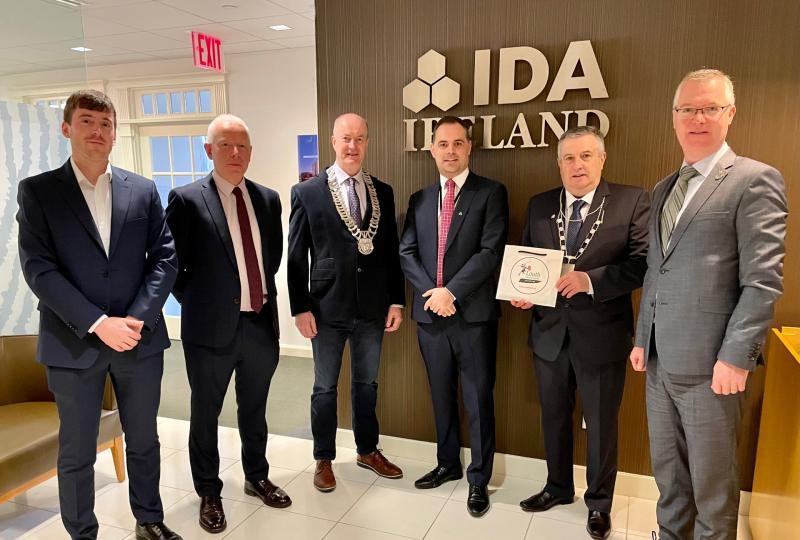 The 2022 delegation was made up of An Cathaoirleach of Louth County Council, Cllr Pio Smith as first citizen of Louth; Mr. Joe McGuinness, Director of Services for Corporate and Emergency Services; Cllr. Jim Tenanty, Cathaoirleach of Ardee Municipal District; and Mr. Thomas McEvoy, Head of Enterprise, Local Enterprise Office.

The figures obtained under a Freedom of Information (FOI) request, show that €3,434 was spent on four return tickets to New York while €2,919.79 was claimed back in travel and subsistence expenses by the four delegates.

€1,801.70 was spent on a combination of accommodation state taxes and facility/resort fees at the Benjamin Hotel, where both councillors stayed for five nights and the two council representatives stayed for four nights.

A total of €1,506.33 was charged to the Council’s Debit card with €1,057.78 of this spent at a Smith and Wollensky steakhouse on Third Avenue, hosting a dinner with the Louth Society.

In a statement to the Dundalk Democrat, a council spokesperson said:

“As previously stated a delegation from Louth County Council visited New York on St. Patrick’s Day at the invitation of the Louth New York Society.

“The visit, which was four days, encompassed a number of economic events which included meeting with overseas executives of Ireland’s state agencies to promote County Louth as a key Irish destination for both foreign direct investment and tourism.

“The agencies were IDA Ireland, Enterprise Ireland, Tourism Ireland, as well as the Irish Consulate in New York.

“Louth County Council welcomed the opportunity of the invitation to engage with the Louth diaspora and to promote the county, and potentially to key decision-makers around foreign direct investment from the United States. ”

"The Council firmly regards the cost of the visit as an investment on behalf of people of County Louth."