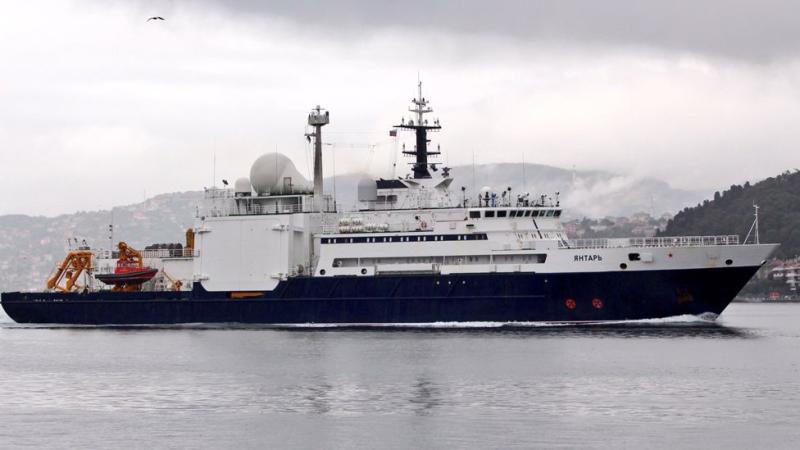 This came about, you see, when a ship called the MV 'Mi Amigo' , a 400 tonne vessel registered in Panama, was fitted with 126 foot high mast, to support an antenna, and radio broadcasting equipment.

Many people from Dundalk went down to Cooley to look at her when the work was being carried out.

It was still something of a surprise, however, when the vessel slipped out of Carlingford Lough one evening in late March 1963 and began broadcasting as 'Radio Caroline'.

She was supposed to be anchored in the English Channel at the time but this later turned out to be a deception and she was actually moored off the Isle of Man when it began 'pirate' broadcasting.

Listening to pirate radios became quite an attractive pastime in the late 1960s and 1970s and a number of other 'pirates' came and went in the Dundalk area.

Perhaps the most famous of these, called 'Radio Carousel' was organised by Hugh Hardy, a dance band promoter from Omeath, which operated from several sites.

There was another called 'Radio Telstar' which, I think, operated from Blackrock, and perhaps others whose names I have forgotten.

The authorities tried to crack-down hard on these pirate radios and there were many great stories from the time of the operators trying to escape from Garda raids.

It was said that the broadcasting aerials would be shoved out of back windows of private houses and there were 'lookouts' to watch for the 'Guards'.

Pádraig Faulkner from Dunleer, when Minister for Post and Telegraphs, even threatened that anybody who had anything to do with these radios would never get a job in any Irish radio station in the future!

Some prosecutions were effected but the 'pirates' continued to operate into the 1980s and were really only 'scuttled' when local radio legislation was passed in 1982!

Dundalk is one of those provincial towns that has survived over the centuries, mainly, on its trading capacity.

There are reports, going back centuries of the Town authorities making regulations to control trade.

One of the stories I like most was told me by the late Seamus Tiernan whose family came from Dowdallshill.

He would recall that the footwear repairers would come into the town on market and fair days and sit on the edge of footpaths to do their cobbling.

They repaired old footwear and I am not sure if they sold any newly made pairs but they might have done this for clients who placed orders.

According to Seamus, these wandering boot and shoe repairers were not allowed to stay in Dundalk overnight - because they had a habit of consuming too much intoxicating liquor at the end of their day's work and were often accused of being the cause of fights that broke out.

As a a result, the Town bailiffs decreed that they would have to leave at sunset.

According to Seamus, the only houses that would allow them to stay overnight were in Dowdallshill and that tradition had lasted there into the nineteenth century!

Another rule imposed by the Town bailiffs was that domestic animal drovers would have to leave their staves in a hut inside one of the walled town's gates.

This gate was located somewhere behind the Green Church and, for this reason, was for centuries known as 'The Long Staff Gate'.

The Dundalk Corporation established a 'Night Watch' to patrol the town during the hours of darkness before there were any police in town.

These law enforcers were established about 1820 and they had a hut where they met beside the Market House on the Square before they set off on their rounds.

They were equipped with a long staff, a lantern and some sort of a rattle which they used to summon the assistance of their comrades when in difficulties.

It appears that they were not paid very much and were recruited from ex-service men.

There was only about a dozen 'Night Watch' at any one period but they seem have been of some comfort to slumbering citizens as they lasted for about thirty years until the first national police officers set up a barrack in Dundalk in 1852.

I wonder do any of my readers have any similar stories about old Dundalk customs that they might have heard from their parents or grandparents?