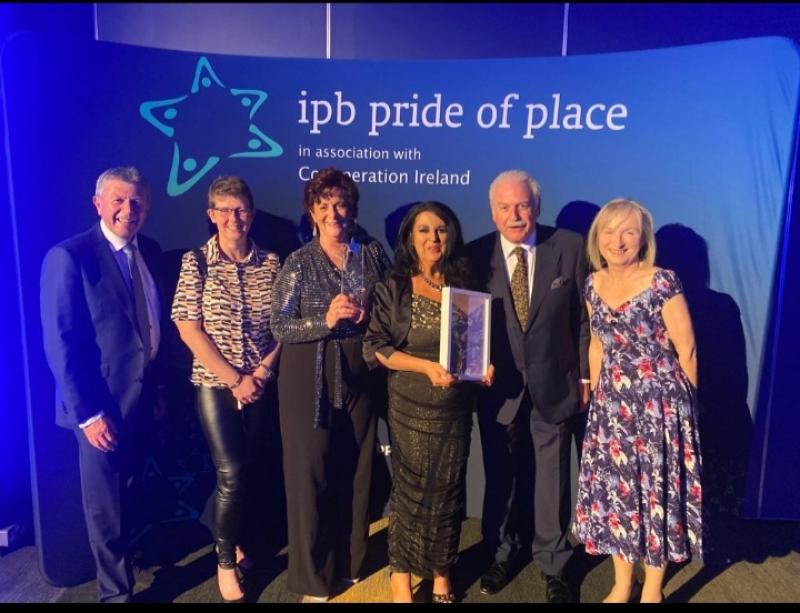 Louth County Council was well represented at the annual IPB Pride of Place awards ceremony held in The Gleneagle INEC arena, in Killarney on Monday evening, hosted by RTE’s Marty Whelan. The Cox’s Demesne Youth & Community project was honoured at the ceremony by receiving the overall winner’s award in the “Community Wellbeing Initiative” category.

The judges said: "This project made an immediate impression on the judges who met with an enthusiastic team of dedicated professional Youth workers who have made a significant difference to many young people’s lives within their community, over the last 30years." The Blackrock costal community also made a podium finish, where they came runner up in the Island and Coastal Communities category.

The Pride of Place awards, described as the ‘Oscars of the Community Sector’, celebrates the often unsung work of community groups that selflessly work to make local communities a better place to live in, work in or visit. Both local groups were among eighty six groups to have been nominated by thirty four Local Authorities across Ireland on the 19th anniversary of the awards.

Sponsored by IPB, this All-Island competition acknowledges the invaluable work undertaken by local communities to create civic-pride in their area. It focuses on people coming together to shape, improve and enjoy all that is good about their area. It has grown into the largest competition recognising and celebrating community development achievements on the island of Ireland.

Speaking about the awards Cathaoirleach of Louth County Council Cllr. Pio Smith said: “Louth has a strong tradition of community action and volunteerism and we have taken part for many years in this Pride of Place competition. This Awards ceremony recognises the invaluable efforts of all those involved in their communities who really make a difference. I want to congratulate both groups on their awards and thank them for representing Louth with such pride”.

Joan Martin, Chief Executive, Louth County Council said; “County Louth has been very successful over the years in the All Ireland Pride of Place competition and I congratulate the Cox’s Demesne Youth & Community project on their fantastic success in the 2021 competition, winning the overall prize in the Community Wellbeing Initiative category.

"I also congratulate the Blackrock Community on their achievement in coming runner up in the Island and Coastal Communities category. Both groups have kept up the county’s traditional strong performance in this competition. It is a wonderful competition which showcases all that is best and innovative in communities throughout the island of Ireland that we will continue to support”.