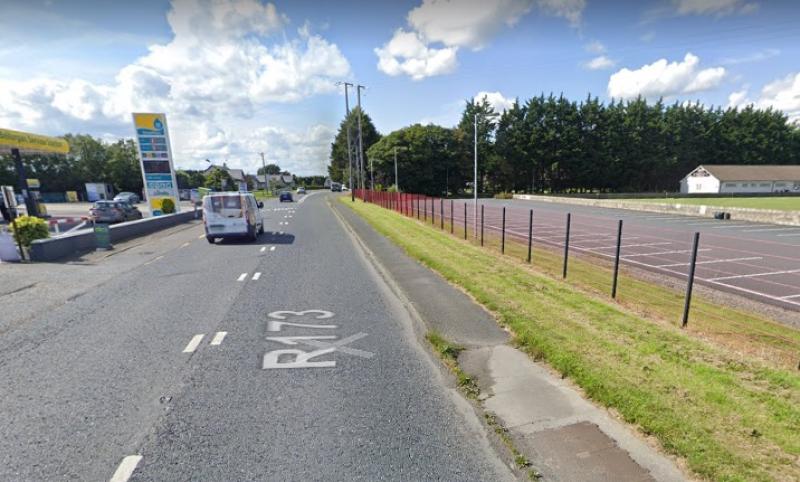 Councillors at the Dundalk Municipal District May meeting, heard an impassioned plea for traffic calming measures at Bellurgan, with parents afraid to allow their children walk such is the speed of some of the traffic on the R173, the main Dundalk to Carlingford road.

The plea for action was made by a deputation of Bellurgan residents, who gave a presentation on concerns the local community have they have regarding road safety on the R173, which goes through Bellurgan and passes Bellurgan Primary School, Little Nippers pre school, Bellurgan Football Club and a busy filling station. The request to allow the residents give a presentation on their concerns, was made by Dundalk-Carlingford councillor, Antóin Watters at the municipal district's April meeting,

In the presentation given by Bellurgan resident, Kevin Cullen, councillors were informed of the issues in Bellurgan and why traffic calming measures were urgently needed. While current measures including digital road signage, traditional signage and actions by An Garda Síochána were welcomed, the meeting heard that community felt it was not enough and without further traffic calming measures, it was only a matter of time when, not if, someone is seriously injured or involved in a fatal incident.

With the planned resurfacing of the R173 set to take place later this year, councillors were told that residents feel that current measures are not enough and the resurfaced road will result in traffic building up even more speed. Councillors were told that the volume of traffic passing through the Bellurgan community on a daily basis has been described as motorway traffic on a regional road.

Mr Cullen said that the road is used not only by the local community but also by commuters to Dundalk, Dublin, Belfast and local businesses. It is the speed of this volume of traffic that is the local concern, he advised. Mr Cullen said that residents along the R173 feel it is no longer safe to let children play in their own front gardens, walk their children to school or even go for a walk or cycle within the community.

He said there has been a history of accidents and near misses, including giving an example of a ten year old boy who was almost knocked off his bicycle while cycling to meet his friends; a local father who nearly lost control of his son's buggy due to the backdraft of speeding vehicles; and a resident who had her car written off twice in her front garden. Mr Cullen added that speeding is not solely an issue during the day but also at night and over the weekend.

Following the presentation, Senior Engineer, Mark Johnston that a speed count would be carried out once the resurfacing was complete. He added that they could look to other measures including installing a gateway to narrow the stretch of road and slow down traffic but added that speed ramps, which were being requested would not be ideal on a regional road. This was disputed however by Cllr Antóin Watters, who mentioned places where they have worked, including Lordship.