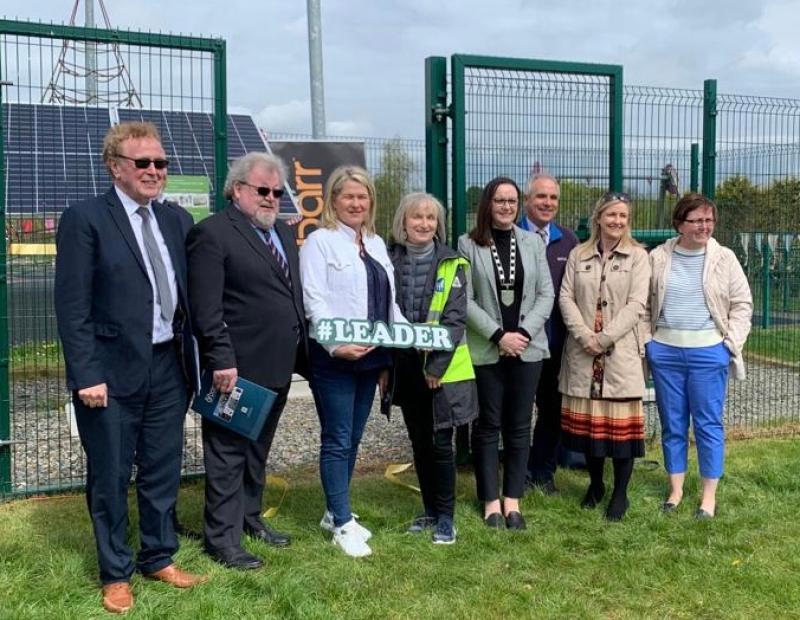 At the launch Councillor Maria Doyle, Cathaoirleach of the Dundalk Municipal District of Louth County Council, welcomed this innovative project which she said was very much in keeping with the park’s Green Flag credentials and the biodiversity and sustainability of other projects throughout Blackrock Park.

Mr James McCorley of Arbarr Electronics, who developed the battery management system for the installation, outlined their partnership with DKIT in the design of the project.  The work, carried out by Arbarr Electronics and McCorley Mechanical Services, involved supply, installation and commissioning of a wind turbine, photo voltaic panels, battery pack, LED public lights, sustainable energy compound, and provision of a stand alone solar powered Street Charging Unit for mobile phones.

Eileen Carter of Blackrock Park Committee welcomed this new addition to the parks facilities. She thanked Louth County Council, their engineering staff, DKIT and the contractors Arbarr Electronics and McCorley Mechanical Services all of whom worked closely with the volunteer Park Committee in bringing the project to fruition.  The support of Blackrock Tidy Towns and that of Louth Tidy Towns Together was also critical in the success of the venture, she said.