Arrests occurred after a vehicle had failed to stop for officers over the Co Meath border and had subsequently crashed in Naas. 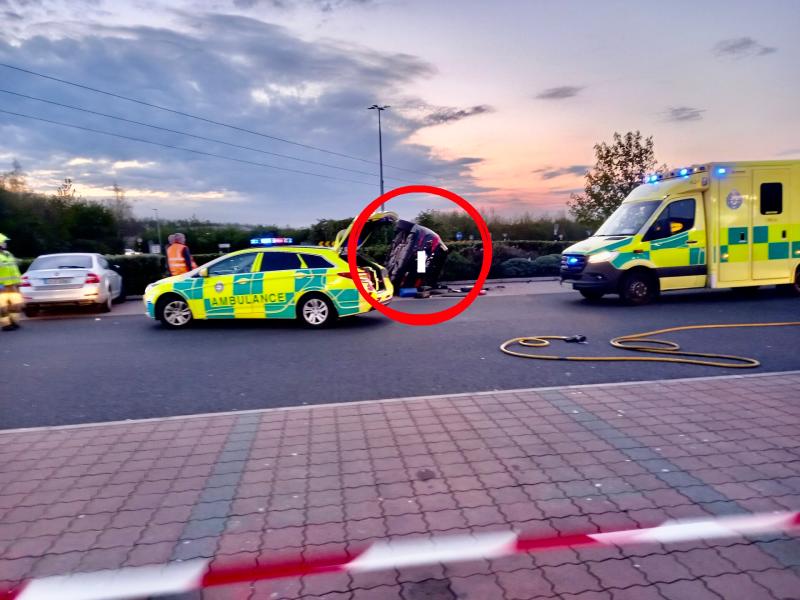 Five men are being questioned at Garda Stations in Kildare after a car lost control on a roundabout on the Newbridge Road in Naas and ended up in the nearby Lidl car park.

According to the Sunday World, it is believed that the men are suspected of being part of a gang that has carried out up to 40 burglaries in the northeast region including burglaries in Dundalk and north Louth.

A managed pursuit ensued after an Audi vehicle had failed to stop for officers over the Co Meath border and had subsequently travelled to Naas.

In a statement gardai said:

"As a result of ongoing investigations into criminal activity in the Leinster region, Gardaí intercepted a vehicle on the evening of Tuesday, 26th April, 2022, in County Meath.

"This vehicle failed to stop for Gardaí and a managed containment operation ensued.

"This operation concluded shortly before 8pm when the offending vehicle was involved in a single vehicle road traffic collision on the Newbridge Road in Naas, County Kildare.

"Five males were arrested at the scene.

"Two men, aged in their 20s, are currently being detained at Naas Garda Station under the provisions of Section 50 of the Criminal Justice Act, 2007.

"Three men, aged in their late teens, 20s and 40s, were taken to hospital for treatment of non-life threatening injuries.

"Investigations are ongoing. No further information is available at this time."