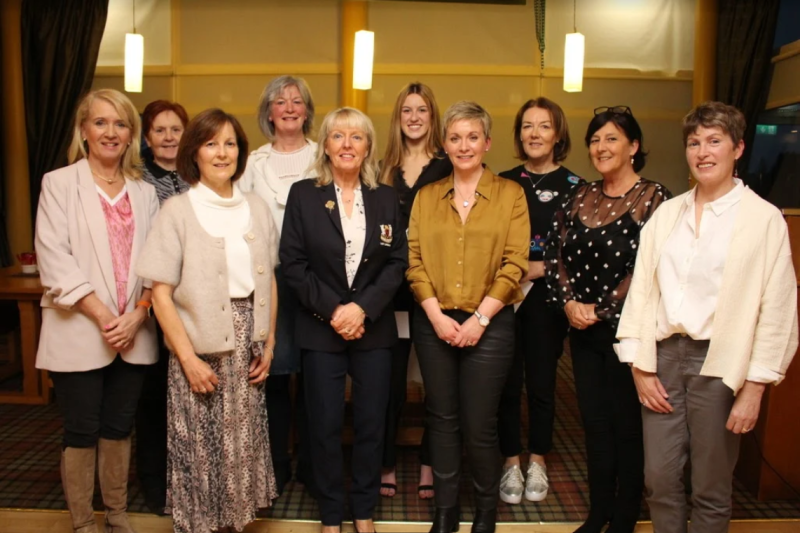 David Lawrence won the PGA Tankard which was played over the weekend of April 8, 9 and 10.

That gave him a total of 43pts which was enough to take the overall honours by one point from Eoin Hamill (30) with Barry Grennan (13) a point further back in third.

Divisional honours went to Michael Coburn (10), Fearghal Duffy (15) and Conor Byrne (21) while Caolan Rafferty warmed up for the West of Ireland, where he duly finished in the top 16, by posting 36pts  for the best gross score.

Congratulations to Vincent Conlon who has been selected by Golf Ireland as manager of the Leinster Boys team for the next two years.

The high scoring continued in all divisions of last week’s ladies competition, which was very kindly sponsored by New Faces Beauty Salon.

The best score of the competition was returned by Joanne Lynch, who has been no stranger to the winner’s enclosure in recent weeks. Joanne shot a superb 45 points to win Division 3 by six points.

Presentation of prizes took place in the Clubhouse on Tuesday evening. Sinead Hiney from New Faces, was in attendance to present the lovely prizes. Many thanks to New Faces for their continued sponsorship and very well done to all prize winners.