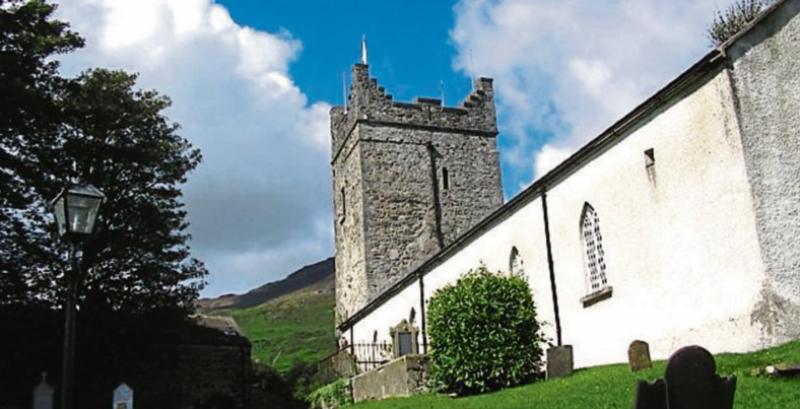 Carlingford Heritage Centre say they are delighted to announce a series of concerts in April, May and June as part of Louth County Council's 'Louth Live  Performance Programme'. The centre will be presenting some world class artists to its audience in Carlingford and environs, revelling in the joy of live performance again after such a long Covid-enforced silence.

The concerts are part of an initiative by the Department of Tourism, Culture, Arts, Gaeltacht, Sport and Media to allow the live music and entertainment industry to get back to bringing their music to audiences, bringing audiences to their feet, and also allowing people to attend these special events for free! Bringing music back to where it belongs!

The centre says they are starting their series with "a classic performance that we  have been hoping to arrange for quite some time". It brings together three internationally acclaimed artists combining voice, cello and piano;

Gavan will be joined by Sonas Duo, a classical duo from Italy now living in Dundalk, featuring Davide Forti on cello and Francesca De Nardi on piano. 'Sonas' is a tribute to the land that hosted them: it means happiness in Gaelic, but it also recalls the Latin verb sonare, combining their love for music in a single concept.  Davide and Francesca have been awarded many prizes for their music including the Elsner Memorial Cup at Feis Ceoil and winning the IMKA International Music Competition. This will be the first time these three talented musicians have performed together, a real coup for Carlingford and a concert not to be missed!

Keep an eye out for upcoming announcements for the next concerts in May and June! See carlingfordheritagecentre.com for more information. All concerts will be free but please note that numbers are limited due to space and safety. Bookings will be made online on a ‘first-come first-served’ basis.

Carlingford Heritage say they wish to offer sincere thanks to Louth County Council, Pobal, and the Department of Tourism, Culture, Arts, Gaeltacht, Sport and Media. 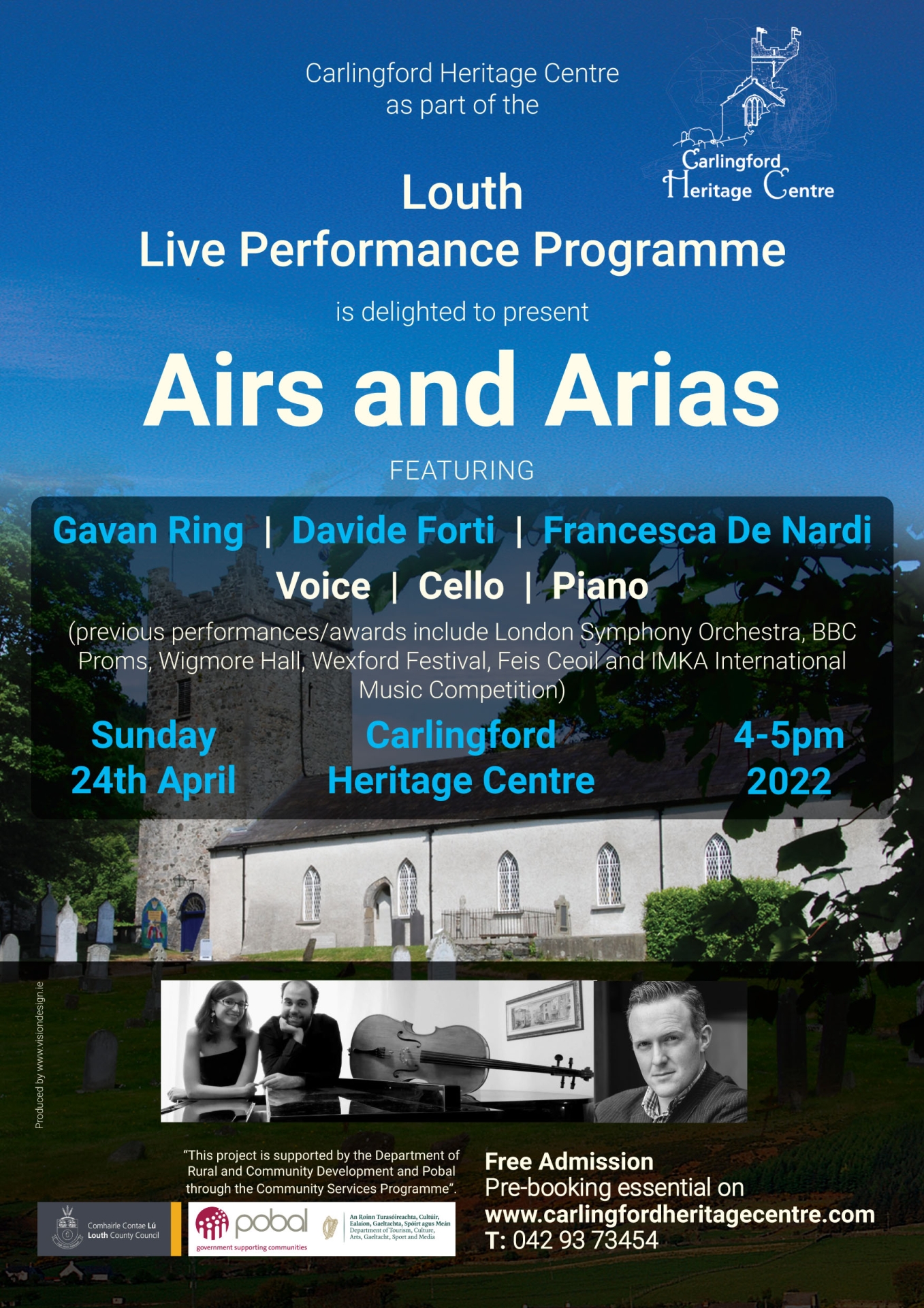