Trip Through Time: The history behind the Dundalk coat of arms 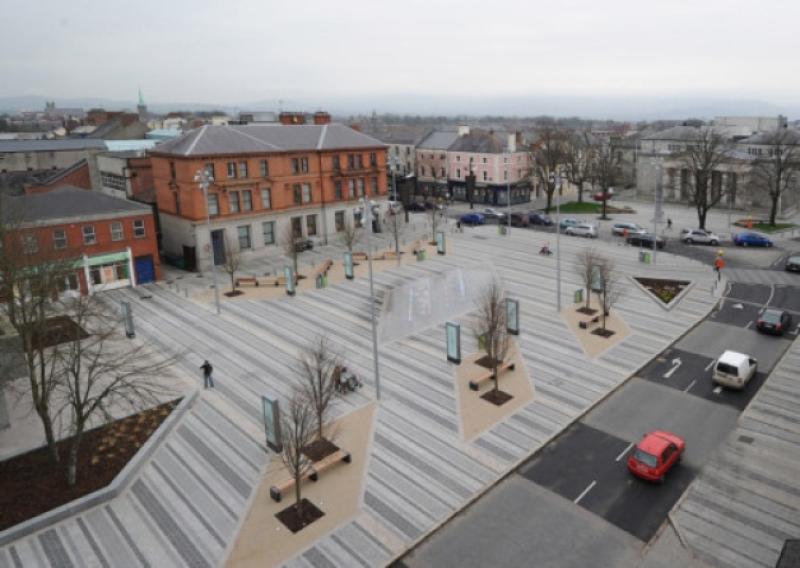 In my Question Time answers this week I have made reference to what is know as 'Coat of Arms of Dundalk' which appears on the the flag of the Town when it is flown over official buildings.

A feature of this crest is six red birds, in groups of three, on the shield in the centre of the shield on either side of a diagonal bar (called a 'fesse' in heraldic terms).

The birds on this crest are red but those groups of three heraldic birds, with differing colours, have appeared on a number of badges and carvings representing Dundalk for centuries.

One of the oldest of these is the three black that have appeared on the playing shirts of the Dundalk A.F.C. , association football club for nearly a century.

This footballing 'birds' are black, on a white background, and nobody now seems to be sure why they were adopted but they are beloved by all Dundalk soccer fans.

This was made clear to me over fifty years ago when attending a game in a European competition against Glasgow Celtic at Parkhead.

Dundalk had obtained a memorable 2-2 draw in that game and that night I was in the lobby of a Glasgow hotel when an excited youth came in and shouted 'We won two, two'.

Now, that chant might not have made much sense to an onlooker who did not know much about European soccer competitions but the young Dundalk supporter was referring to the fact that 'away goals' counted double and gave the local club an advantage going into their 'home leg' game at Oriel Park!

As it turned out Celtic won that game 1-0 and qualified for the next round but the Dundalk club had given a famous club who had been the first British European Champions only a couple of years earlier a fright!

The late Tommy McConville might have won it for Dundalk on the 'away goals' rule when he missed a great chance to score in the last minute of that game!

It was not the result of the game, however, that I recall most about that incident. It was when a Scottish man in the hotel asked the exited youth about emblems on the flag he was waving.

'Them's three pet black crows, with no feet, that was owned by Cuchullain', he replied!

The boy, of course, had got his local history wrong but, in a strange way, he was 'not far wrong'.

You see the Dundalk Coat of Arms does make reference to the Cuchullain legend as it bears the motto 'Mé do rug Cuchulain cródha' – which means 'I bore the brave Cuchullain', and, of course, a black crow (a Raven) plays an important part in the legend about his death!

Another reference to 'black birds' in Tain saga relates to the three witches in the story, known as the 'Morganii', in the poisoning of the hero Cuchullain.

They could transform themselves into birds and their part in the legend is recalled in as modern monument at James Street, off Bachelors Walk.

I have also heard another Dundalk person refer to the 'three birds' one the crest as 'house martins', which they are not but it is understandable that these names might have got a bit mixed up over the centuries.

The Coat of Arms of Dundalk has other symbols, including a figure of an mail coated spear-man that probably refers to the Normans coming and what appears to be a tusked boar, with marks on its fur resembling arrow shaped 'bench marks' but I do not know what this animal represents?

The heraldic birds, however, seem seem to be central to the theme but what exactly they represent is not now clear. It all seems to stem from an old document discovered by the local antiquarian Gabriel Magrath about the beginning of the last century.

On this this the birds are white, on a blue background; and they do appear to have feet!

These strange birds appear in other, unexpected, places. They are carved into the stonework at the front of the Town Hall, which was built in the 1850s as a commercial Corn Exchange.

There was another, similar, 'bird' carving on a old stone on a building at the Market Square which has now disappeared.

Harry Tempest, writing in the middle of the last century, seems to suggest the the heraldic martlets appeared in the crests of several leading Dundalk families and that 'the difference in colouring would have distinguished these families from each other'.

He adds that the Chief Herald had suggested to him that the 'bend' (fesse) could be those of the Dowdall family. A member of this family, Thomas Dowdall, was born in Drogheda in 1487 and became twice Archbishop of Armagh in the following century.

The original Dowdall seems to have come to Dundalk with the Anglo-Norman Bertram de Verdon, who founded Dundalk in the late 12th century.

This Dowdall, possibly named Thomas, built himself a fortified house near the original St. Nicholas Church and acquired lands from de Verdon north of the walled town.

The story goes that he came from a place in Yorkshire called 'Dove Dale' and that this name got distorted to Dowdall over the years.

Whatever the origins of martlets that now seem to be an integral part in many art works in and around he Town, there can be little doubt that they are now identified with the very existence of the Town itself!