PHOTOS: Centenary of handover of Aiken Barracks in Dundalk

Dundalk Democrat photographer Arthur Kinahan was there on the day

Click the 'Next >' arrow above to go through the gallery

The 27 Infantry Battalion based in Aiken Barracks Dundalk officially marked the Centenary of the Handover of Dundalk Military Barracks (Aiken), last Wednesday. The ceremony commemorated the troops of the Fourth Northern Division, under the command of Commandant General Frank Aiken, who took the surrender of Dundalk Military Barracks on behalf of General Headquarters of the Free State Army at 1400Hrs on 13 April 1922.
The commemoration will consisted of a military parade exiting the Barracks at Quay Street, marching passed St. Gerard’s Square and re-entering the barracks via the Barrack Street gate, symbolising the Fourth Northern Division entering the Barracks in order to take control.
On the day of the commemoration, the Army No 1 band led the military parade and an air force fly past took place. Along with a wreath being laid to mark the anniversary, a plaque was unveiled at Aiken Barracks to commemorate the handover, which was also marked by a speech from Frank Aiken Jnr. Representatives from Louth County Council were also in attendance on the day, with Cathaoirleach Pio Smith making a presentation to Lt Col Colclough of 27 Infantry Batallion to mark the anniversary.

All photos by Arthur Kinahan 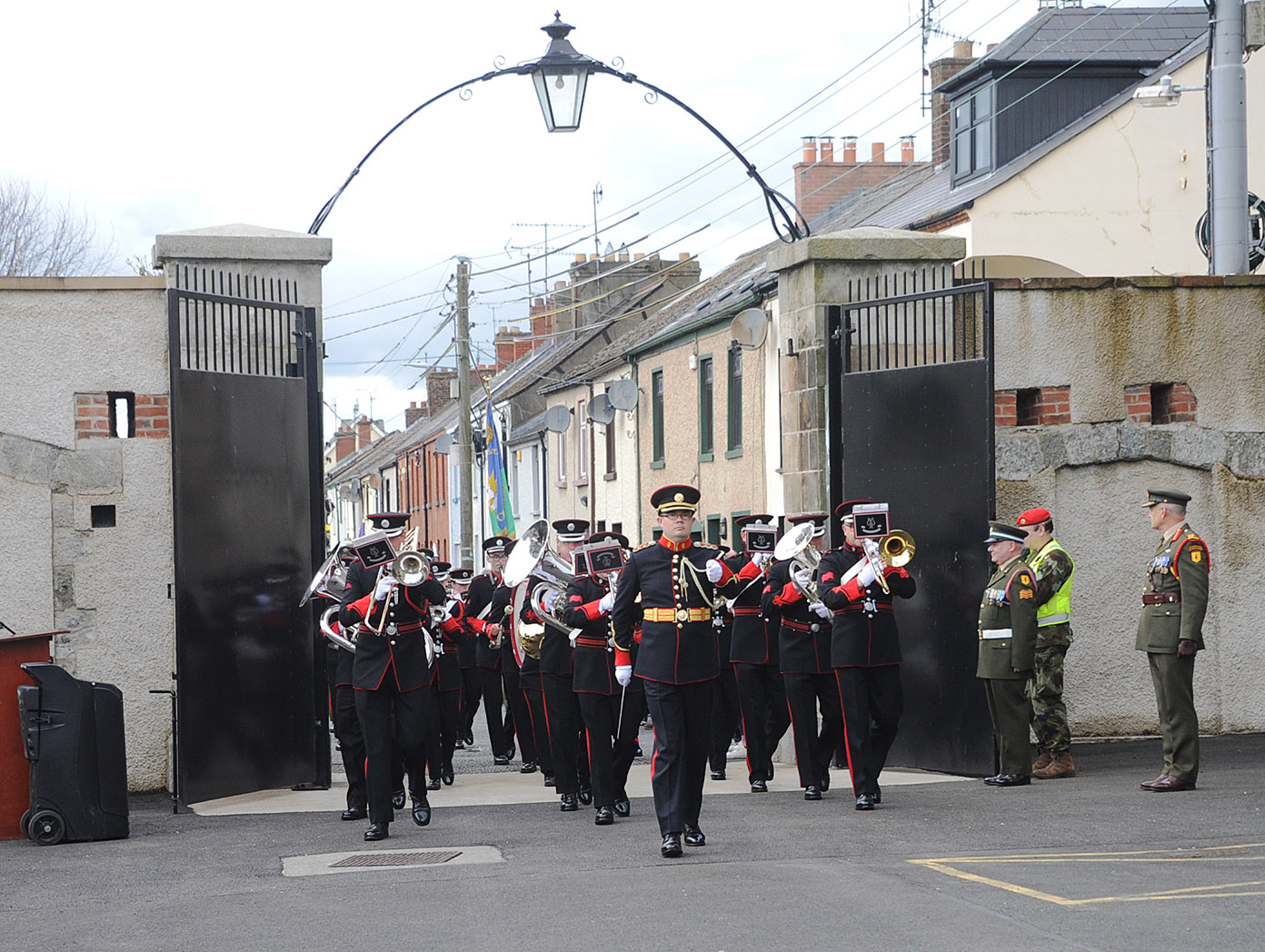