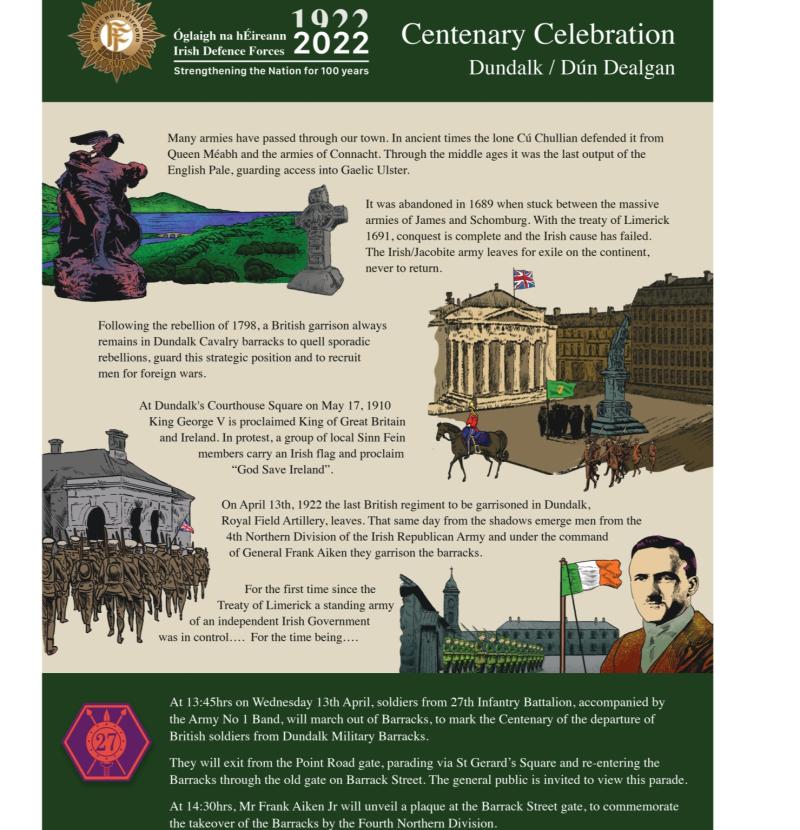 The 27 Infantry Battalion will officially mark the Centenary of the departure of British soldiers from Dundalk Military Barracks (Aiken) and the subsequent takeover by Irish  soldiers on Wednesday 13 April 2022.

The ceremony will commemorate the troops of the Fourth Northern Division, under the command of Commandant General Frank Aiken, who took control of Dundalk Military Barracks on behalf of General Headquarters of the Free State Army at 2pm on 13 April 1922. The commemoration will begin at 1345hrs with soldiers from 27 Infantry Battalion accompanied by the Army No 1 Band marching out of the Barracks from the Point Road gate, parading via St Gerard’s Square re-entering the Barracks  through the old gate on Barrack Street. The general public are invited to view this parade.

At 1430hrs Mr Frank Aiken Jr will unveil a plaque at the Barrack Street gate commemorating the takeover of the Barracks by the Fourth Northern Division. 27 Infantry Battalion will also  conduct a series of historical lectures. These historical lectures are open to all and will cover the main events of the 1922 period, starting with ‘The History of Aiken Barracks and the Handover’ on Wednesday 13 April 22 at 1900hrs in the auditorium County Museum Dundalk. This lecture will be delivered by Lieutenant Pádraic Agnew and Sergeant Riccardo Lucchesi. 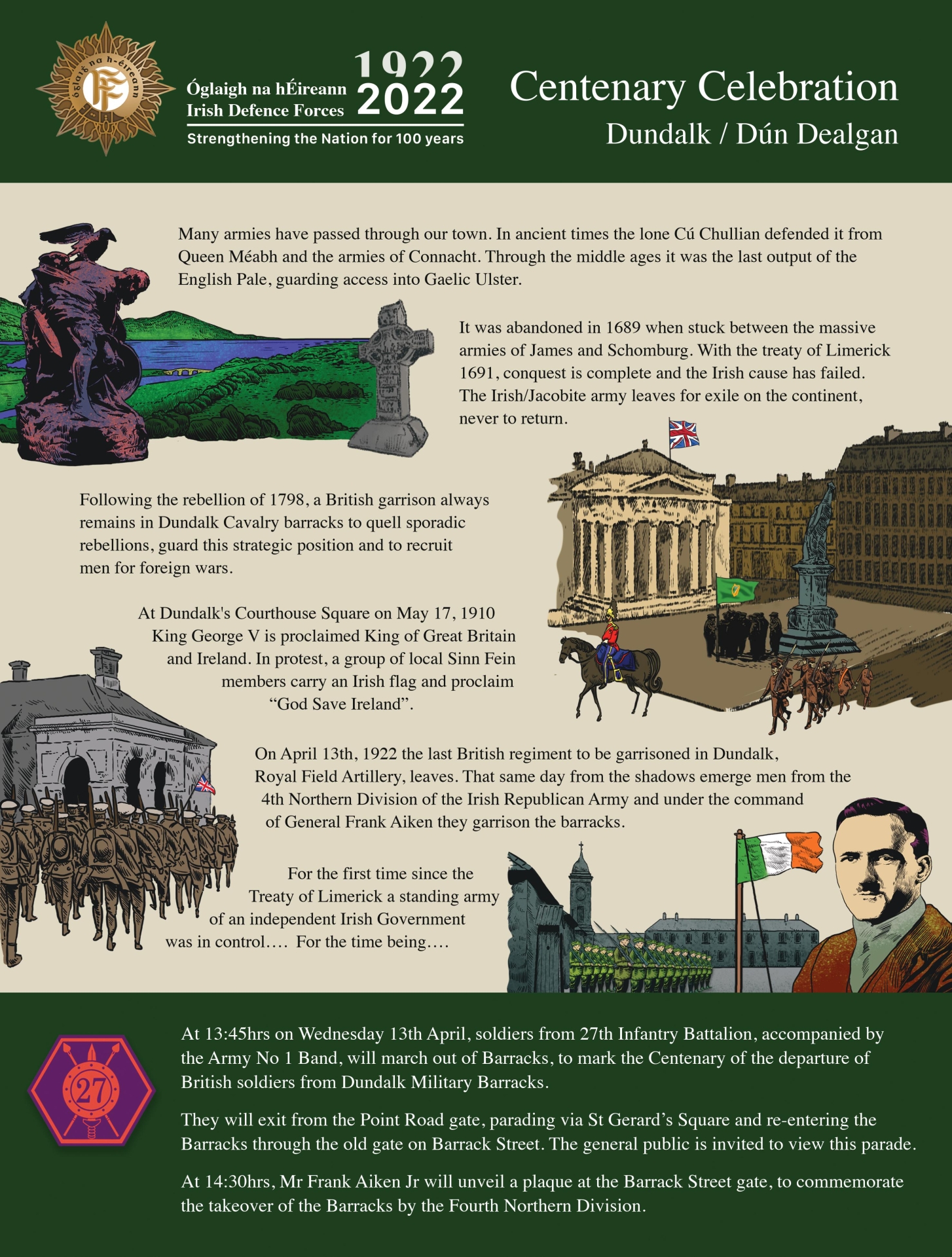