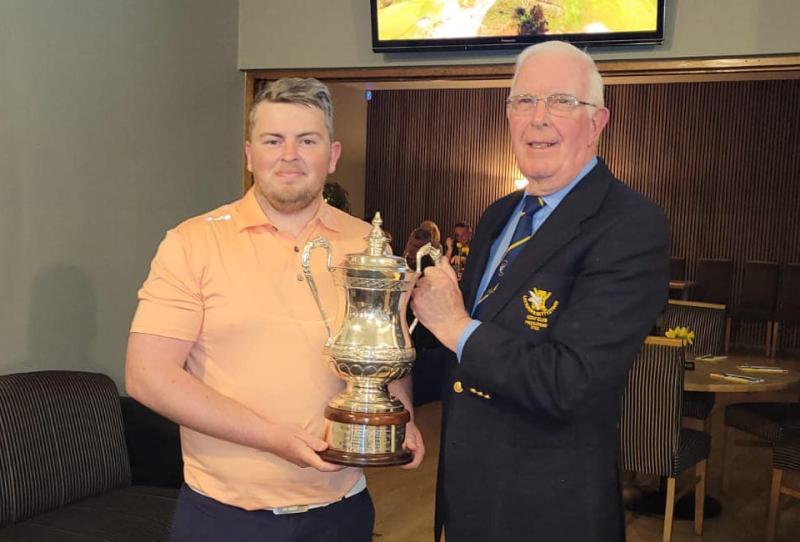 Congratulations to Dundalk Golf Club’s Caolan Rafferty on winning the Laytown Bettystown Scratch Cup with a birdie at the 4th extra play off hole (18th). A super round of golf from a talented young player.

Three players broke the 40pts barrier in the Tiernan’s Centra Singles Stableford which was held over the weekend of March 19 and 20.

In Division 1, Shane Callan (10) had four birdies and six pars on his way to a round of 41pts which was just one point better than Martin Crosby (9) who shot 13 pars but had to settle for second place in the top category.

Joe Flanagan (21) also had 41pts and his round included birdies at the second and 18th as well as five pars. Flanagan had two points to spare over Sean Matthews (24) in claiming the Division 4 honours.

Kevin Barry (12) claimed Division 2 with 38pts while the evergreen Michael Stewart (19) needed countback to edge out Kieran Reidy in Division Three after both had finished on 38pts. The best gross of the competition was the 33pts recorded by Conor Curran (0).

Best wishes to Andrew Keenan whose 4 Miles Every 4 Hours in 48 Hours to raise funds for cancer charities took place this weekend and there are plenty of ways for members to support this worthy cause.

There is a raffle for a 2023 annual subscription with a runners-up prize of Dinner and B&B for two in Dundalk Crowne Plaza. That raffle is confined to the Dundalk Golf Club members but there is a second raffle which is open to everybody and had a top prize of a 43” Samsung Smart TV.

Tickets for both raffles are available from the Bar. Andrew’s marathon run will conclude on the 9th green at 6pm this Saturday and everybody is more than welcome to come out and cheer him home.

This weekend’s competition is the Gold Medal qualifier and can be booked through the BRS System.

Pauline Campbell and Geraldine Hoare were the winners of the Breffni Shield scotch foursomes, played on Saturday March 19 and Tuesday March 22. They carded a fabulous score of 65.4 nett, seven shots clear of their nearest rivals.

Lady Vice Captain, Briege Renaghan and Anne McArdle were runners up with 72 nett, with Geraldine Mohan and Maura Coyle in third place.

The winners and runners up go forward to represent Dundalk Golf Club in the finals in Mannan Castle later in the summer.

Presentation for the Breffni Shield and other outstanding prizes took place in the clubhouse on Tuesday March 29. A reminder that the rules night with Yvonne Cassidy of the PGA will take place the following Tuesday, April 5 at 7:3 pm.

Trip Through Time: The problem with Edward's 'Oath'