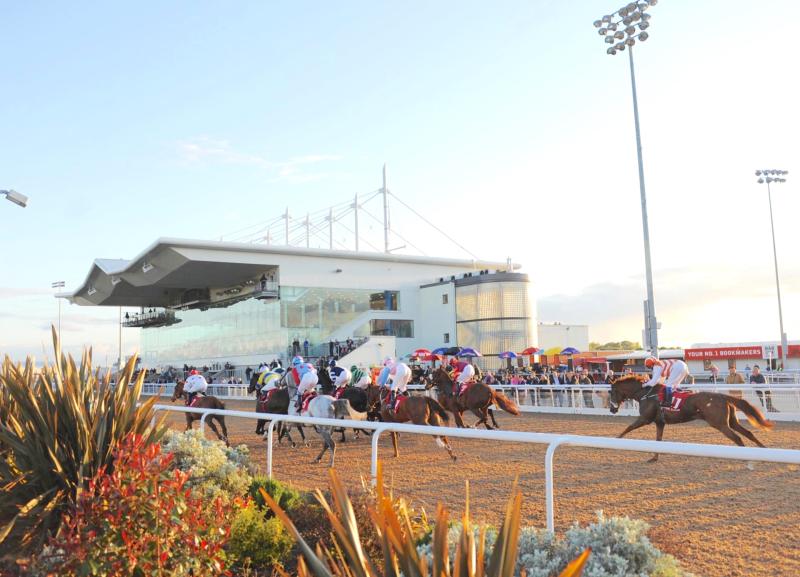 Last Friday's card was a fundraiser for the Irish Red Cross Ukraine Crisis Appeal. It has become a recurring theme that Ado McGuinness’s stable has gone from strength to strength in recent years. Further evidence of this came on Friday and, indeed, Wednesday and Saturday last week.

Ado won at Dundalk on Wednesday with Harry’s Bar and Form Of Praise (both ridden by Cian MacRedmond), and then with Skontonovski (ridden by Colin Keane) on Friday.

For good measure, he also won on Saturday with Laugh A Minute (Colin Keane) at the Curragh on the opening day of the new Irish turf flat season and, memorably, with the Gary Devlin-owned A Case Of You (Ronan Whelan) in the £1.1million Group 1 Al Quoz Sprint at Meydan on Dubai World Cup day.

A Case Of You prepared for his Dubai trip by winning at Dundalk, where he is now unbeaten in two runs, on February 11th. The ongoing value of Dundalk to the racing industry was further emphasised by A Case Of You’s latest success, which was his second win at the highest level of racing.

Winners at Dundalk on Friday that were also successful on last Wednesday’s Dundalk card were trainer Luke Comer and jockey Mikey Sheehy.

Mikey Sheehy, successful on Michael Halford’s Unconquerable Keen at Dundalk on Wednesday, won on Joseph O’Brien’s Dances With Stars (6/4 fav) on Friday in the Ladies Day At Dundalk Stadium on 12th July Handicap (there’s a date for the diary!).

The winner looks very progressive and has now won on his last two visits to the Stadium. He was the only winning favourite on Friday’s card.

Dundalk’s fixture had opened with the Winter Series Awards Day @dundalk_stadium Handicap and was won by the Ross O’Sullivan-trained Samrogue (4/1), who edged out Eddie Lynam’s Collective Power (2/1 fav) by a neck.

To add to the drama, he had to survive a Stewards’ Inquiry. The winner was ridden by Conor Hoban on what was his only ride on the card.

Dr Adam is a great supporter of Lee’s yard and, for good measure, Adams Barbour won the Dundalk Winter Series award (presented on Friday) as the horse with the most wins (five) at the Stadium between September 17th and March 25th.

Joseph O’Brien was crowned the Winter Series Champion Trainer at Dundalk for the sixth-successive year and Chris Hayes received the Champion Jockey award for the second year in a row.

Joseph and Chris very kindly donated their €2,000 prizes to the Irish Red Cross Ukraine Crisis Appeal, for which the night's card was a fundraiser.

Lee Smyth’s horses could well be worth watching out for as he too is on an upward curve of success. He said after this win that he has “eleven horses being ridden out right now” at his County Down base in Magheralin, but this number is surely now set to grow.

Singsong Lady (11/4), owned by Nora T. Byrne and trained by Gavin Cromwell, gained a second victory from just her fourth run at Dundalk

she has also been disqualified and placed second in another of them – when landing the Find Us On Facebook @dundalkstadium Handicap in the hands of Conor Maxwell. The winner is a tall, well-made filly and looks to have a bright future.

Trained by Johnny Levins, Prisoner’s Dilemma (11/2), ridden by Donagh O’Connor, made it three wins from his last five visits to Dundalk when winning the Home Of Irish All-Weather Racing at Dundalk Stadium Handicap.

The winner’s previous Dundalk successes had come over seven furlongs, but tonight’s race was over six, which indicates versatility in the likeable six-year-old gelding.

The card’s seven-furlong handicap saw Maestro Stick (8/1) run out a good winner in the hands of Gavin Ryan. Trained by Keith Henry Clarke, the winner has a lovely pedigree, being by Frankel out of Moon Sister, who was placed at Listed level and whose grand-dam, Gull Nook, produced eight winners of 19 races, including the dual-Group 1-winner Pentire.

The Winter Series at Dundalk may have ended with this fixture but there are still three meetings to come at the Stadium in April, starting tonight, where the opening race on a seven-race card is due off at 5:20pm.