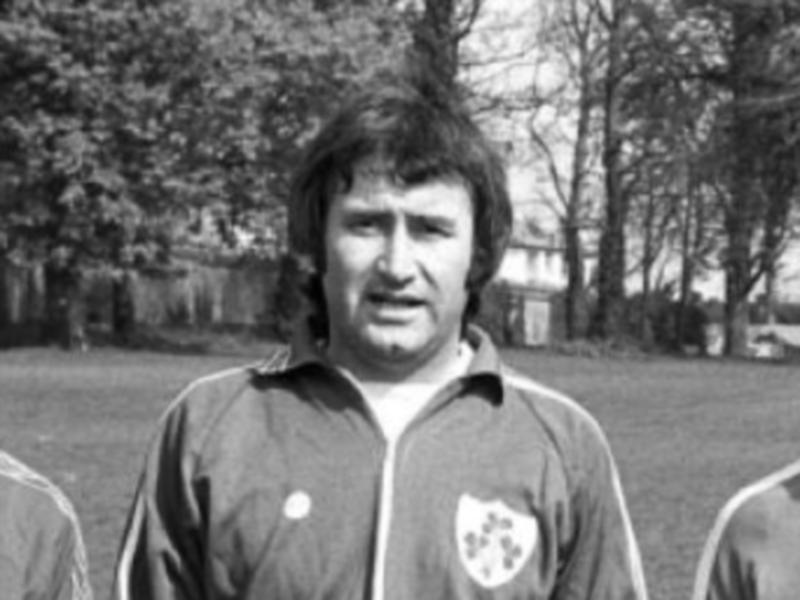 Tommy McConville during his days with Dundalk FC

A dream come true, is how Tommy McConville described it on being told Manchester United wanted to sign him. Could it have been anything else for an aspiring young footballer?

It was the post-Busby era at Old Trafford, but still only four years since the Reds had become the first English club to claim the European Cup, their win coming hot on the heels of Celtic’s historic success. George Best was still wearing the No 10 shirt.

McConville was on Waterford’s books at the time. He’d been sold, out of necessity, by cash-strapped Dundalk, himself Turlough O’Connor and Sean Sheehy accruing enough to keep the Oriel Park ship afloat. It was 1972, and Frank O’Farrell was Man UTD manager.

McConville’s career was at its height. Along with Kilcohan Park legends, Peter Thomas, Alfie Hale, Johnny Matthews and Al Finucane he contributed generously to the Shay Brennan-coached Waterford winning the league. And he was on the Republic of Ireland international squad.

It was while playing in a World Cup qualifier at Lansdowne Road that he was spotted by the Manchester boss. Making contact with Brennan, a former international team colleague of his, O’Farrell put in a bid of around £30,000 for McConville.

A pittance at today’s prices, but sizeable a half-century ago. Brennan was satisfied it was a good deal and the two men shook on it. We can only imagine how McConville felt when told he was about to join the ranks of one of Europe’s greatest clubs, one he had supported from his very youngest days.

From ecstasy to bitter disappointment. Brennan was satisfied he’d done a good deal for Waterford, but when he informed the board, they said they wanted more money.

Deal off, said United, on hearing of the Watrerford directors’ carry-on. McConville was shattered; there and then he made up his mind never to play with Waterford again.

Soon afterwards his former Oriel Park boss, Liam Tuohy, brought him to Shamrock Rovers, and after spending a season at Glenmalure, he returned to his hometown to be part of one of what would transpire to be one of the many great Oriel Park eras, the one overseen by Jim McLaughlin.

We were reminded of this McConville story on hearing of the death last week of Frank O’Farrell. The former Cork, West Ham and Preston footballer, who was in charge at Leicester before taking his career in management to Old Trafford, was 94.

Like McConville, he was given a bitter pill to swallow just when it seemed football couldn’t be any better for him. His appointment as permanent successor to Matt Busby – after Wilf McGuinness had been in the post on a temporary basis – was all the Cork-born could have wished for.

However, while Busby had quit the dug-out, he was still hanging about Old Trafford; and as O’Farrell’s tenure unfolded, the former manager’s presence – and influence over some of the players – made it increasingly difficult for the new man to operate.

George Best was at this stage of his career becoming something of a problem child, football seemingly only secondary to him. O’Farrell wanted to discipline the wayward one, but Busby was more in favour of a softly approach.

It’s open to question what led to O’Farrell’s dismissal after just 18 months in the job, Busby’s say-so or results. Having at one stage held a comfortable lead in their first league under O’Farrell, United finished eighth; and when they slumped to third-last in the following campaign, a dismissal was always on the cards.

A most placid man, O’Farrell made no attempt to hide his bitterness over his departure from Manchester in a television documentary screened a few years ago.

O’Farrell won nine international caps in the 1950s. Some records show Tommy McConville won six, but speaking to this paper back in 2012, the proud son of Dundalk, who played with, and against, some of the game’s greatest, Pele, Beckenbauer, Maradona, Platini and, yes, George Best, claimed to have won eight, and he was on the bench for 13 other matches.

He was also proud of the fact that he won a Louth senior championship medal with Clan na Gael in 1985, along with Steve Staunton, and later helped the Castletown club to another title in a coaching role. His death took place in 2013 at the age of 67.

Dundalk Scouts save the day with St Patrick's Day parade