Dundalk Sub Aqua Club celebrate 20 years: "A big attraction is the tranquility and peace that it brings"

The Democrat chatted to former chairwoman April Dillon about the club 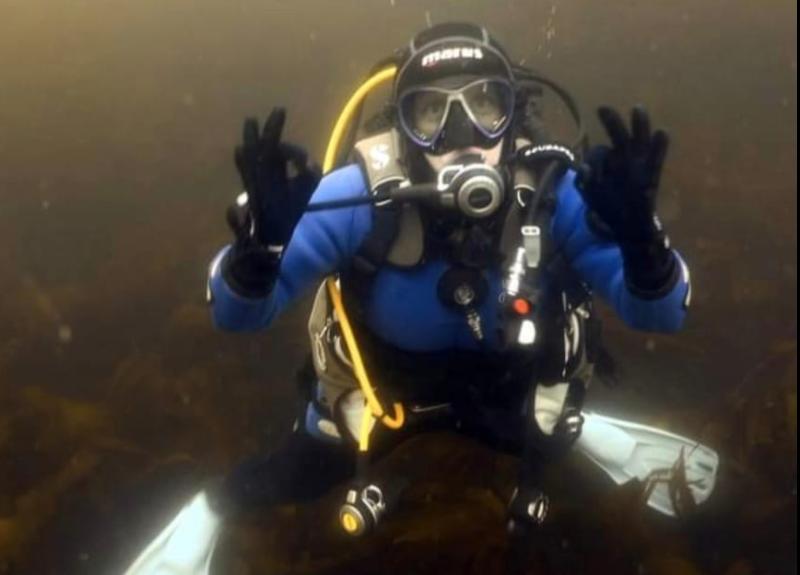 This year will see the Dundalk Aqua Club celebrate 20 years since its establishment in the town.

The group was set up in 2001 by a number of experienced local divers who joined together to pool their knowledge of local/national dive sites and diving experience achieved in other clubs north and south of the border.

It also has the unique distinction of having more women members than any other club in Ireland.

The Democrat chatted to one of its more prominent female members and former chairperson April Dillon to talk about her experience of diving and the work done by the club.

“My dad is the diving officer in Dundalk, so diving has always been a part of my family life and so growing up it was a n environment I was always around.

”I started diving when I was fifteen on a family holiday.

“But before then I’d grown up in and around the club, so it was a natural progression.”

Braving the depths of the Irish Sea wouldn’t necessarily be everybody's idea of a good time, but for April there are two big attractions.

“The number one thing is going out with my dad and the time we get to spend together.

“It’s a sport were you really need to focus on the task in hand, it’s actually really good for your mental health as well because when you are down doing your dive its thirty minutes or sixty minutes of just focusing on what you’re doing and taking in your surroundings.

“The rush of your day to day is not in your head at all, so for me a big attraction is the tranquility and peace that it brings.

“The club itself is just amazing. It’s a great group to be a part of.

“The people that join every year just can’t get over how friendly everybody is.

“From a young age, I was taken under the wing of a lot of the other females in the club who really looked after me and they’re some of my really close friends.

“The club is nearly like a second family to most members."

In her late teens, April qualified as an instructor, which at the time made her the youngest instructor in the country.

“A lot of it is probably down to my dad because he always pushed me to go on and do my grades.

“Some of them have more experience than I do.”

The Sub-Aqua Club also have a voluntary active Search & Recovery Unit on call and ready at any time to respond to calls for rescue/recovery of missing persons, from rivers, lakes, harbours and the coastal waters around the North-East region and it’s an aspect of the groups work that April is particularly proud of and says money given by locals each year allow the volunteers to have the necessary equipment and training to do the work that they do.

“All of our search and recovery members are volunteers and the club itself doesn’t get any government funding, so we’re so grateful every year when the people of Dundalk come out and support our annual bucket collection on New Year’s Eve.”

Another part of April’s role in the club is training new trainees over the winter, which includes lectures that take place at the group’s clubhouse (the old custom house) and practical training on Wednesday evenings in the swimming pool in Aura.

“We’ve just brought in a new batch of trainees and they’re waiting to do their first dive now in the next few weeks and they’ve all been out since before Christmas preparing by doing their snorkeling.

It certainly seems that diving is a sport on the rise locally as there is currently a waiting list for new members, but April would still encourage anyone interested in the sport to make contact with the club.

“Anyone looking for us will see us out at Greenore on Sunday mornings when we do our dives, so if anyone wants to see what it’s all about don’t be afraid to come up to us and ask any questions, you can’t miss us.

“Everyone really looks after each other and there’s always plenty going on.”