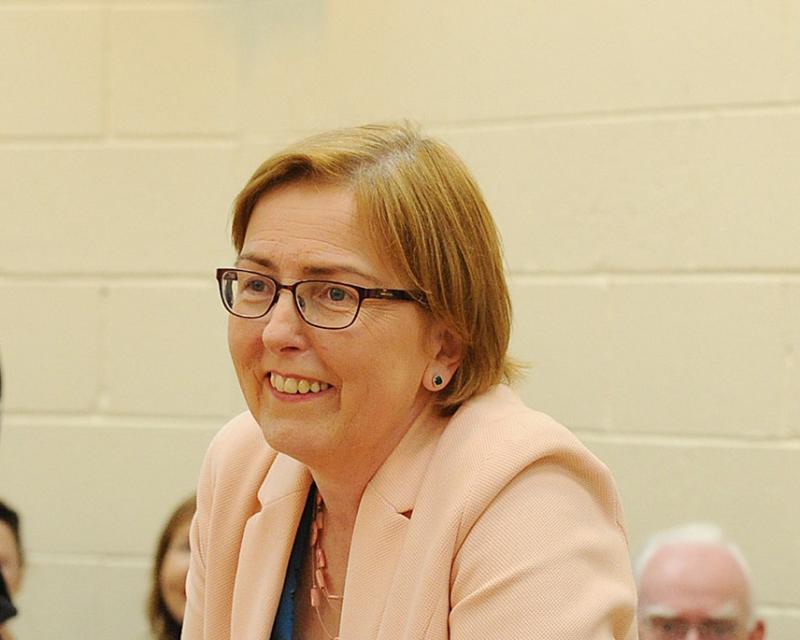 Independent Councillor Maeve Yore, a member of the HSE Louth Disability Forum, welcomed the news that a new respite house is due to be opened by the end of April in Dundalk, that will provide 4bed/7night/48week respite, to a greater group of people availing of respite including those with complex needs.

Cllr Yore attended a meeting on Monday with HSE management and Minister of State at the Department of Children, Equality, Disability, Integration and Youth, Anne Rabbitte, where she highlighted with Minister Rabbitte, the lack of communication and information from the HSE to those availing of respite, the staff of Struthan House, the residents of Ashbrook and the Louth HSE Disability Forum Members.

She asked the HSE Management who attended the meeting whether the staff from Struthan House will be offered the opportunity to redeploy to the new respite facility and the reply received was if staff were willing, had a preference  all options would be explored.

The Independent Councillor queried whether a busy housing estate was suitable for the person who now resides in Struthan and urged the Minister and the HSE to provide every possible suitable support and service to help them on their path to recovery.

Councillor Yore requested that Minister Rabbitte met with respite users as her predecessor Finian McGrath had and the Minister agreed too stating she hopes to be back in Louth for the opening.

After the meeting Councillor Yore introduced the Minister to Struthan staff members and John Morgan, an advocate for people with disabilities, who also sought clarification from the Minister in relation to their employment options. Mr Morgan highlighted to the Minister that Staff and those who avail of respite are like family and want to continue building on that excellent relationship.

Cllr Yore also took the opportunity to raise with the Minister, what she called the apparent inaction and lack of ownership of successive Governments, to bring before the Courts those responsible for the sexual abuse of people with Intellectual disabilities across residential care and foster settings in Ireland and highlighted the anger,  frustration and disgust felt by families of people with Disabilities in Ireland.