Trip Through Time: The Boilermakers of the old Railway Works in Dundalk 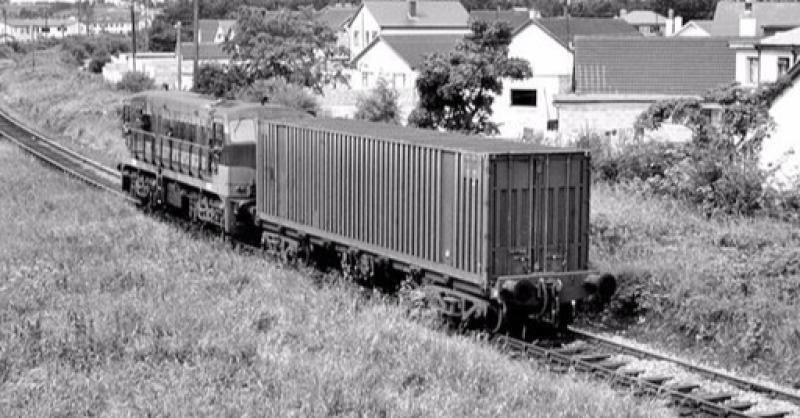 The Boilermakers of the old Railway Works

During the first half of the century the mainstay of employment in the town was the G.N.R. (I) company Locomotive Works off Ardee Road.

Records show that, at the height of its prosperity, the Works employed at least 1,200 men and many more were employed in ancillary engineering work, while many women were in office work and other employment connected to the railway system.

It is easy to understand, therefore, that the closure of the Railway Works at Dundalk in 1958 was such a huge blow to the economy of the Town.

Some got employment in other parts of Irish railway system but the vast majority faced emigration to provide for their families.

By far the largest group of workers employed in the old Railway works were described as 'fitters', which was really a kind engineer who had many skills.

I am told the there were at least 500 men classed as fitters employed by the G.N.R. company at the start of the 1950s but there many other crafts and many unskilled workers.

Most of the men employed at the Railway Works started at the age of 14 and served a seven years apprenticeship before they earned full wages.

They started work early in the morning and worked for seven days in the week, so they had little time for recreation or home life.

Their wives, of course, also worked hard to rear large families and many women also had part-time jobs. People who had a bit of land were known as 'railway farmers'.

There were many skills and talents developed by the old Dundalk Locomotive Works and there would not be room in this short article to described them all, nor even most of them.

There was one group, however, who, perhaps, deserve special mention!

There were not many of them but they were brought to mind recently by an excellent craftsman which did invaluable work in my own home.

These men were known as 'boiler makers' - maybe not a very apt description because I am told that they seldom actually made 'boilers'.

Their job was to repair the boilers of steam locomotive made by others.

They had other tasks but what made them different was the fact that they were in the same part of the Works, while craftsmen, like the 'fitters', were able to get out and about in their work.

The boilermakers had one penance that was, basically, caused by the nature of their work.

I would not have realised this, had I not been told of it by my good friend the late Seamus Tiernan -- himself a great teacher, a fact revealed by his many past pupils who always greeted him with the greatest respect.

He revealed to me that his father, for many years a boilermaker, had lived out his retirement life in total silence because he was profoundly deaf!

The cause was the constant noise that prevailed in that particular 'shop' of the Works.

I have been told by others that the noise in the boiler shop was horrendous.

Not all boilermakers ended up totally deaf but they were all effected by loss of hearing and and I have never learned of any of them who received compensation for this.

It is not surprising, therefore, that many of them and their descendants were greatly annoyed when they learned of the large compensation paid to some in recent times for loss of hearing, due to the nature of their employment!

A friend of mine who worked for the G.N.R. company at Ardee Road at the time of the Closure in 1958 , tells me that, a few years earlier, the total of those engaged in work in connection with the 'boiler house' totalled 152.

Quite a sizeable number, when you consider those dependant on their wages!

It would not be a great exaggeration to state that the 'boilermakers' were the true heroes of industrial development during the 'steam-train age'.

The railway workers were not all 'saints' but the work was long, hard and sometimes dangerous and most of them made good husbands and fathers.

Many Dundalk people have benefited from their work by way of advancement in education and lifestyles, not to mention the moral values developed by them.

The respect and fondness with which their children and grandchildren still speak of them years after they have passed away speaks volumes for the dedication and fortitude of their lives!

Most of my reader will be well aware that next Tuesday, February 14, is St. Valentine's Day - but I am not so sure that many of them will know of the legend and the saint's connection with Ireland.

The problem is that there seems have been two St. Valentines, one in Rome and the other in another Italian city called Terni.

They both relate to a priest who was martyred in Rome in about 270 AD on the orders of the Emperor Claudius 11 - for performing Christian marriages in defiance of an edit from the Emperor.

The one connected to Ireland is supposed to have been a doctor from Terni whose heart is believed to be contained in a reliquary in Whitefriars Church in Aungier Street, near the Liffey in Dublin, brought there from Rome in 1835.

St. Valentine's connection with romance is that he tutored the blind daughter of his jailer, before he was executed.

The story goes that he sent a letter to the girl, signed 'From Your Valentine' and, on receiving it, her sight was restored.

The Feast Day in February used to be the occasion for much mischief making in the workplaces in Dundalk of my young days, when unsuspecting lovers were often sent misleading cards, and even presents, which might make them believe they were the object of affection by another who had no interest in them at all!

I wonder does this practice still occur on social media of the present day?