'The Kev and Pico Show' a big hit with Dundalk people 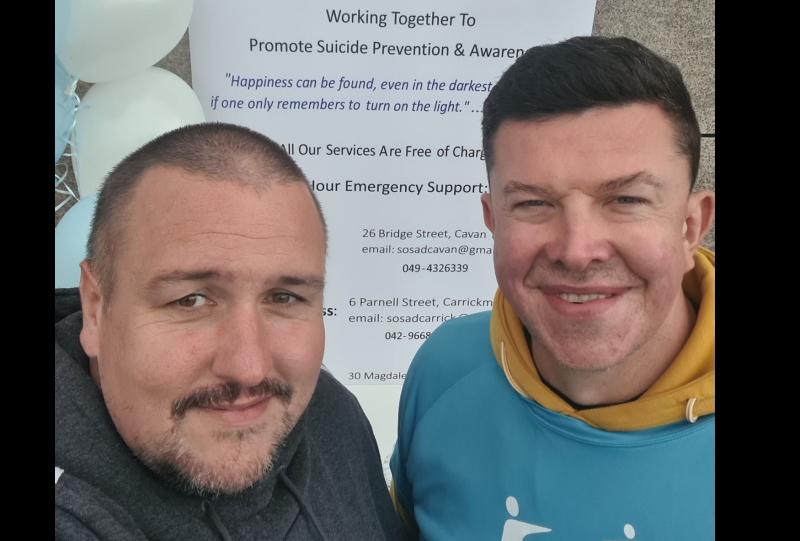 Most of us have probably listened to a podcast and thought ‘I could do that’, but few ever work up the nerve to actually put themselves out there

This wasn’t the case for local lads and lifelong friends Kieran Pickering and Kevin Carolan who this month celebrated a year of their popular podcast The Kev and Pico Show.

Kieran first came up with the idea for the show two years ago while listening to the 2 Johnnies podcast.

“I listened to about fifty or sixty episodes and thought you know what, that’s just two mates talking s**t, me and Kev do that every day, so I thought why don’t we try this.

“It helped people through a year that was going to be difficult for everybody, and that’s how I pitched the idea to Kev even though he didn’t want to do it."

Kevin laughs, “Pico would send you a message every now and again saying ‘I’ve got an idea’ and I’d think, oh no, another one.

“I wasn’t sure but then I thought if we get a few episodes out of it and a bit of a laugh it’d be good craic.

“But then it just went on and on and we were really enjoying it.”

Both have been open about their own mental health and helped raise 4000 for SOSAD by hosting a Dawn to Dust relay in September of last year.

“We openly talk about mental health and I know lately there’s been a big push to get men talking about their mental health but we don’t just talk about it we kind of take the p**s out of it and how we suffer from it and carry on with it,” says Kevin.

“I think that’s what people like about it,” Kieran says.

Getting the podcast off the ground wasn’t easy with the lads only getting one in person episode done before the country went back into lockdown, forcing Kieran to try his hand at editing.

“We started doing it over the phone and then I’d have to try to edit it and take some stuff out. I’d never done anything like that before and it was a nightmare."

“It took us four days to get the first episode done,” says Kevin, “we were trying to be too radio and not letting it flow, we were constantly saying we can’t say that, until we just decided you know what we can say what we want to say.

So then I just decided to do it on Zoom and it was much better because then we could work off each other’s face and now whatever is said is said and goes out,” says Kieran.

The lads also cite the Tommy and Hector podcast as a model they enjoy and get inspiration from, with the 2 Johnnies being their biggest influence .

But the influence is not a one-way street, freely admitting that they’ve taken segment ideas from the popular podcast they’ve also given the two Tipperary lads some ideas too, asKieran explains..

“We had their producer Maura Fay on for an interview and she was brilliant, and then she went back and gave them two of our segments to do on their show and a week later they were doing them, which was class!”

And what can listeners of the podcast expect to hear?

“For us, it’s all about stories and childhood memories, anything from what we used to do at school or from our teenage years or even younger.

“People know they can get an hour where they wouldn’t normally let themselves go and talk about subjects but can listen to us and think, yeah, I want to talk about that.

“It could be about anything really, says Kevin, from messing at the back of the bus at school to going to your first adult disco even though you were only sixteen, we talk about current events too and have a laugh about different things going on in the world.

“We wanted to bring back memories of that childhood…, well it wasn’t innocence, but whatever it was,” Kieran laughs.

A year in and the lads are already planning on improving the operation.

“The plan for the future is if we can get a few more sponsors, we will be able to get better equipment and mics, ‘’ explains Kevin.

“But people and businesses from the town have been very good to us, giving us vouchers to give away and really getting behind us.

“Local people have been great too and sometimes you’d have a lad coming up to you saying I remember that story you were telling, or is that me you were talking about?

The lads recently had Olympic medal winning cyclist Eve McCrystal on for a chat and the coming weeks will see them interview an Irish popstar who’s sure to bring back some nostalgic memories.

But who would be their ideal guest?

“You never know. He might read this and want to come on!”

The Kev and Pico Show can be listened to on iTunes, YouTube and Spotify or wherever you get your podcasts.