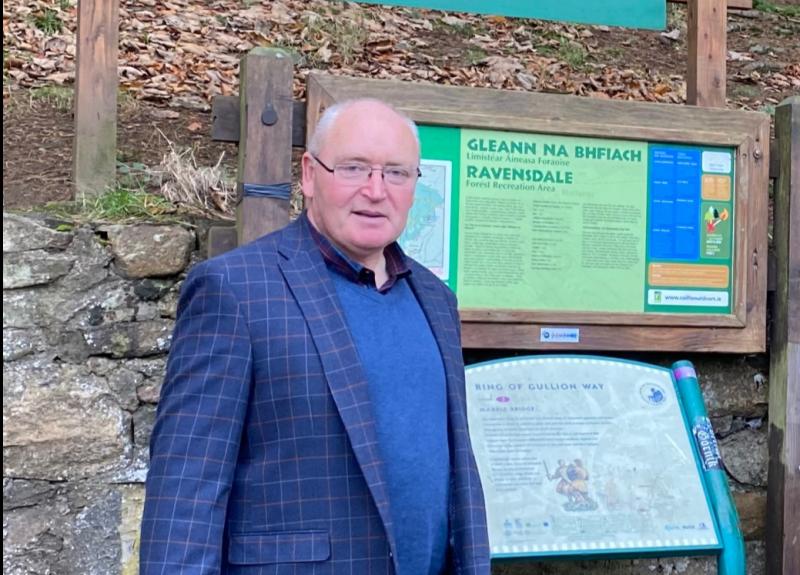 Dundalk-Carlingford councillor, John Reilly, raised the issue of the lack of electric vehicle (EV) charge points in the Omeath area, at the Dundalk Municipal District January meeting and asked if Omeath Village could be highlighted for a charge point.

Cllr Reilly mentioned the work that Louth County Council and other associate partners are carrying out at the moment in the assessment of sites for the installation of 25 EV Rapid Chargers across the border counties.

Named the FASTER Project, it is a joint initiative by partners in Scotland, Ireland & Northern Ireland to support the transition to low carbon transport systems. The project partnership will install 73 rapid (50 KW capacity) charging points before May 2023.

Cllr Reilly told the meeting that the majority of the sites being selected were in urban areas and that he was going to put his “neck out and say that can Omeath village be highlighted for one.”

The Fine Gael councillor said that there is just one EV charge point in the whole of the Cooley peninsula, and it was located in Carlingford. He said that Omeath is “crying out for one”, adding that it would be a “long term investment”.

Speaking to the Dundalk Democrat after the meeting, Cllr Reilly focused on the impact a lack of charge points in the area could have on tourism. He said that he had spoken to one English tourist during the summer who had been touring the countryside in an EV and “got to Carlingford by the skin of his teeth”.

“There's suppossed to be five chargers going into County Louth”, said Cllr Reilly, adding that “I think they [The Council] are looking mostly at urban sites,”

“Don't put them all in the towns, put some in the rural community. Omeath has no charger. It's a site on the Greenway, it's getting €2.8 million spent in it on regeneration. It's going to be a thing of the future and the village definitely needs one.”

“If we're serious about tourism in the Cooley Peninsula, I think we need an electric charger out there, and I'll be campaigning for that", Cllr Reilly concluded.