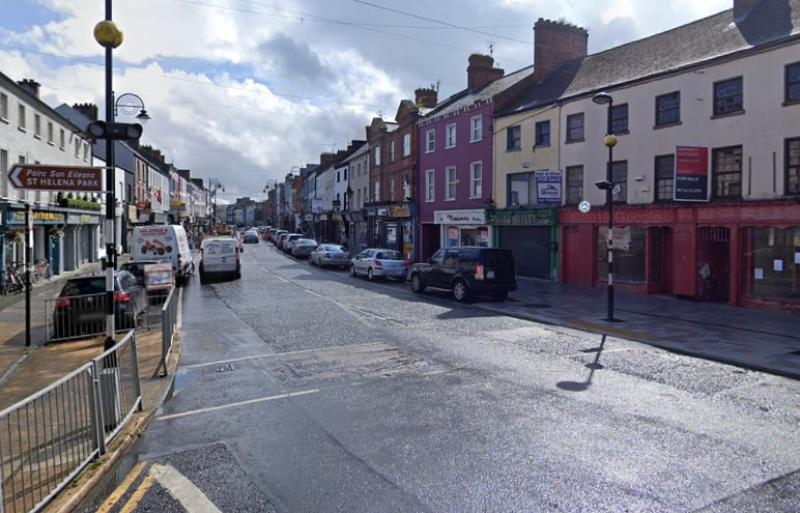 A number of areas in Dundalk have been highlighted by An Taisce for being heavily littered, including Clanbrassil Street, the recycle facility at Tesco and the Carrickmacross approach road, in a survey they carried out on behalf of Irish Business Against Litter (IBAL).

In its latest survey of 40 towns and cities in Ireland, Dundalk was placed 28 and deemed "moderately littered", failing to achieve a clean status due to "many heavily littered sites".

A number of sites in Dundalk however were deemed "top ranking" and received praise, including The Peace Garden, Church Street and residential area of Willow Grove.

In the An Taisce report produced for IBAL, it says that "by far the most heavily littered site surveyed was a Miscellaneous Wasteground behind a Clothes Bank on the N53 – it wasn’t just casually littered but subject to dumping and neglect."

Specific grades and comments from the report for different parts of Dundalk are below:

Church Street: Grade A. An excellent impression was created along this street. It was characterised by attractive and wide paving, wooden seating, floral arrangements and outdoor dining – all aspects of the area surveyed were in very good order. It was very much deserving of the top litter grade.

Clanbrassil Street: Grade C+. As well as the casually discarded litter along the street, there were significant accumulations of alcohol and mineral cans at the vacant derelict site opposite York Street junction. This specific premises presented very poorly and will only deteriorate further if not addressed.

Wrightsons Lane: Grade C. There was a constant stream of a wide variety of litter throughout this laneway, much of it visible from the Clanbrassil Street. There was graffiti on the ESB box and the wall. The overall impression created along this laneway was of an abused and neglected environment. There were no litter bins or litter awareness notices.

N52 Approach: Grade A. (from junction with M1 to junction with R132). An excellent impression was created along this route. Road surface, signage and marking were in very good order and there were no visible litter items throughout the area surveyed.

Recycle Facility at Tesco – R132: Grade C+. The individual recycle units were freshly presented but litter items had gathered at the base / between the units and miscellaneous items had been stuffed behind them. Broken glass lay on the ground in front of the units.

Willow Grove: Grade A. There was a complete absence of litter throughout this residential area. The lack of litter, combined with attractive planting and signage point towards a very well cared for and respected environment.

Carrickmacross Road (R178): Grade C+. The cutting of grass verges before the removal of litter has resulted in ‘chopped up litter’, particularly around the speed limit signs. Sweet papers were the most obvious type, with lower levels of coffee cups, plastic bottles and mineral cans.

N53 Castleblayney Approach: Grade B+. (from Ecco Road junction to Bellewsbridge Road) With a little extra effort (e.g., there was litter at the base of a black bin) this road could easily get the top litter grade. Food related items and face masks took away from an otherwise well presented environment.

Miscellaneous Wasteground behind Clothes Bank on N53: Grade D. This large field has effectively been used as a dumping ground for all manner of items including furniture and builders’ rubble. The dumping is now being obscured by overgrowth, but it is still very much a dumping ground. There has been no change in the litter grade since last surveyed. Where does responsibility for this site lie?

Peace Garden: Grade A. The Peace Garden Memorial and immediate surrounding environment were
spotless. Street bins were in good condition with dog fouling notices very much in evidence.

Overall in the survey, Naas has been crowned Ireland’s cleanest town for 2021. Drogheda came 39th on the list of 40 towns and cities and was deemed "heavily littered". The survey showed that nationwide litter levels rose slightly, with cities faring particularly badly. PPE litter was found to be at its highest level since the pandemic began.

The report showed PPE litter at record levels, with an increase in the presence of both masks and gloves.

Commenting on the PPE litter issue, IBAL's Conor Horgan said, “it would appear that this litter is accumulating as the pandemic continues, as there remains an understandable reticence to pick up other people’s PPE,”

“The disposable blue face mask has become a ubiquitous part of the landscape up and down the country. People have not moved to reusable masks and people are not taking care of their masks.”