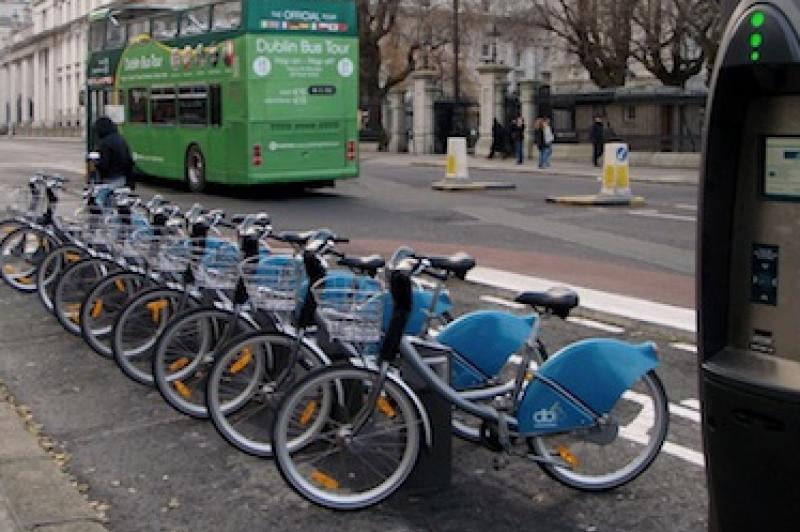 Dundalk Green Party councillor Marianne Butler has welcomed the news that a Bike Share Scheme is under consideration by Louth County Council, as part of its Active Travel Investment Program.

In April of this year, Louth County Council secured €4.6 million funding from the NTA to invest in sustainable travel, walking and cycling projects.

As part of a presentation to Dundalk Municipal District councillors on Active Travel at the December meeting last week, councillors were told of plans to join the train and bus stations together with safe cycling and walking paths.

Welcoming the news, Cllr Butler also asked if the Council were considering introducing a bike share scheme, similar to the Dublin Bikes.

"A bike share scheme would make it so easy, convenient and affordable for so many to use our planned extensive safe cycle network", Cllr Butler told the Dundalk Democrat.

"I was delighted to hear that council officials have been talking to companies that operate Bike Share Schemes and are interested in developing one for Dundalk. I would love to see docking stations for a bike share scheme in really central convenient locations for example, DKIT, Bus station, Train Station and at major employers."

"At the last census in 2016, Dundalk had one of the highest rates of people commuting to work/ school or college by bike. I have no doubt when we get figures from our next census we will see further increases in people cycling to work and school.

"Also with increased bike ownership since the start of the pandemic coupled with the availability of electric and cargo bikes, cycling is certainly becoming a more attractive and feasible option for many people."