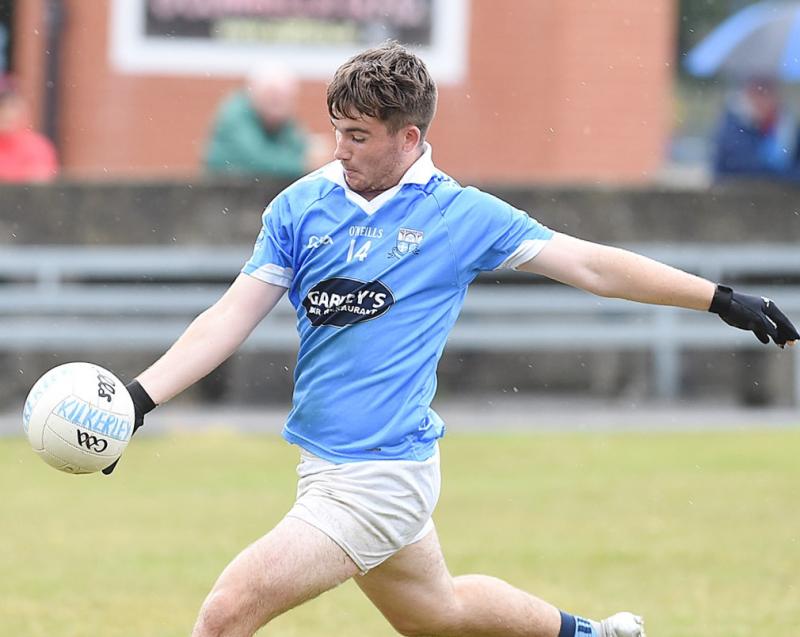 Clinical Newtown Blues got the job done against St Joseph's in Group B to put their name down as the first team in the quarter final pot at the Grove on Sunday afternoon.

The setting, the temperature and conditions made for an entertaining affair, but the game never ignited in the glorious Castlebellingham sunshine.

Former champions Newtown Blues are masters of controlling the terms of engagement and veteran Colm Judge was at the heart of it at centre forward. With Judge central to the tempo of the contest the Joes were always kept at arm's length.

Judge would indeed open the scoring with a free and then was involved in the game’s first major talking point when he was fouled for a penalty in the next play. Joe's supporters will feel it was of the soft variety, but Emmet Carolan didn’t flinch as he smashed the ball home.

So an early Blues lead and some lateral play meant the game was a very flat watch, Craig Doherty and Alan McKenna pulled a couple of scores back. McKenna came in for Ben Collier who picked up an injury in the opening quarter.

Blues would strike back with a Robert Carr goal after some neat build up play with Ross Nally and Judge beforehand. The Joe's stuck at their task and Jack Mulligan made it a one point game when blasting it into the net after a Conor Neary counter attack.

Just when you felt the door opening, Ross Nally closed it shut with his first goal after John Kermode palmed it down in his direction. Kermode would clip over a point, followed up by Judge point but McKenna would land his third point of the half to make 3-3 to 1-4 at the short whistle.

Upon the resumption, Ollie McDonnell’s side rattled off three scores in a row in response to a Ciaran Downey free. Another substitute Alan Quigley came off the bench to find the range with his weaker foot to leave three between the sides.

Once again Ross Nally was on hand to capitalise with the maximum return. Joe’s keeper Jordan Mackin joined a mass of bodies in an attempt to break the high dropping ball on the edge of his square.

The O’Neills spilled to the most accurate man on the field in Nally for the easiest of tap ins, to once again push the game beyond the Division Two side.

Despite the setback the Joes enjoyed their best period of pressure on Blues goalkeeper Johnny McDonnell’s kick outs. Dromiskin midfielder Oisin McGuinness was central to this, setting up Quigley and pointing himself in another three unanswered scoring run.

Andy McDonnell was now on the field and his calm demeanour permeated to his surrounding light blue jerseys as he got his hands on a kick out that led to Conor Branigan’s pressure relieving goal with minutes remaining.

Branigan would cancel out his own effort by deflecting an Alan Lynch shot into his own net but the result was never in doubt. Blues advance as group winners and Joes will take on Dundalk Gaels this weekend with question marks surrounding midfielder Conal McCaul who limped off at the finish.

A third of confirmed mid-September Covid cases were children