Paddy Sheelan Cup Round Up: Declan Byrne on song as St Mochtas book their place in final 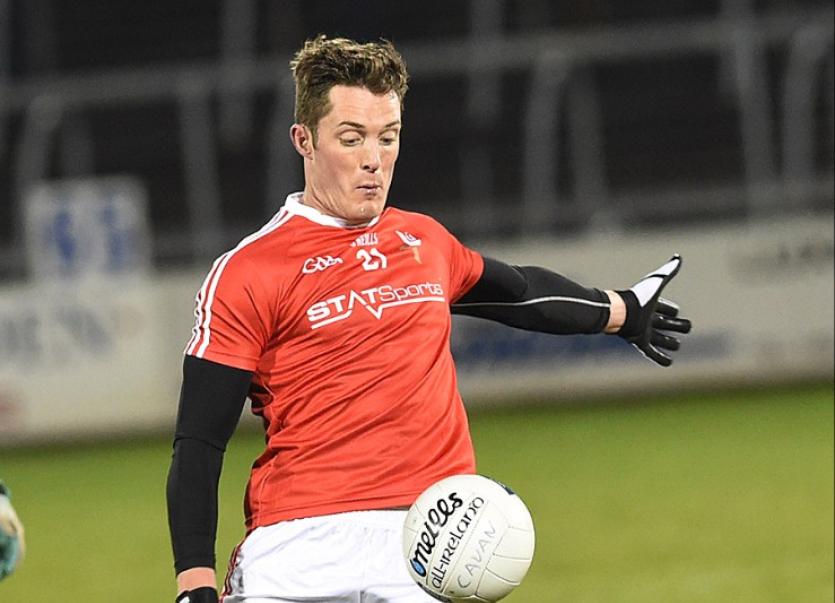 Louth and St Mochtas forward Declan Byrne, who bagged 1-5 for his side on Tuesday night. (Pic: Arthur Kinahan)

St Mochtas had to withstand a second-half revival from the Geraldines before booking their place in the Paddy Sheelan Cup Final.

The Louth Village side appeared to be in control of this encounter at Haggardstown on Tuesday evening when they led by eight points at the break. However, the Gers almost pulled off the comeback by scoring two second half goals only to just fall short in the end.

The visitors were in fine form in the first half and were rewarded with a Declan Byrne goal. Shane Rogers found the net at the other end to give the Gers hope as they trailed by 1-12 to 1-4 at the break.

This hosts came out strongly in the second half and goals from Matt and Dan Corcoran saw them get back into the game. However, with Gerry Garland contributing five points on the night, the Mochtas did just enough in the end to hold out for victory by the narrowest of margins.

St Marys set up a meeting with St Mochtas in the Paddy Sheelan Cup Final after coming through their semi-final against Newtown Blues.

The clash in Ardee came just two days after the sides played out an entertaining draw in Division 1, but on this occasion it was a more one-sided affair as the hosts prevailed by 11 points.

St Marys laid the foundation for the victory with a strong first half performance as goals from Carl Gillespie and Tom Jackson saw them go into the break with a commanding 2-9 to 0-4 lead.

The Blues improved in the second half but they were unable to pose any real challenge to the Mary’s lead despite finding the net through Alan Wilton as points from Luke Matthews and Conor Gillespie kept the Marys' on top.