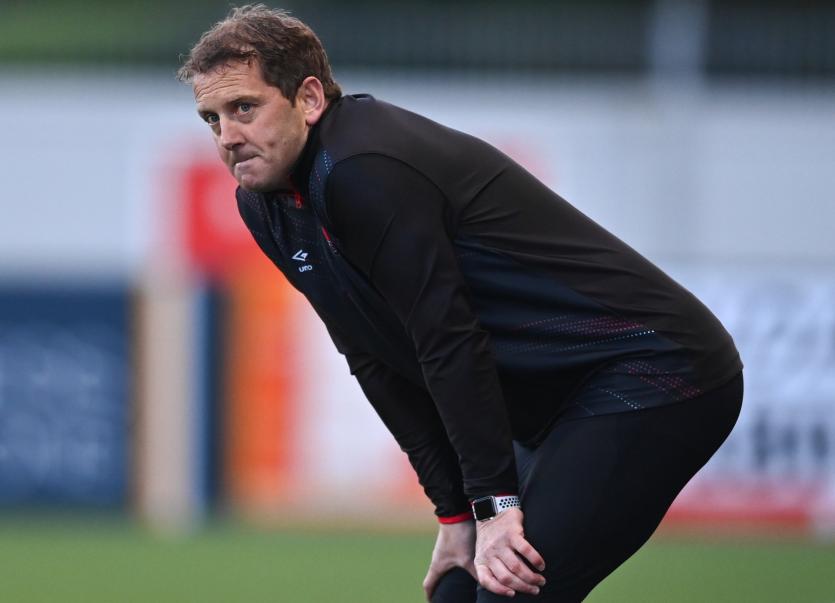 Vinny Perth’s first game of his second spell as Dundalk FC head coach ended in disappointment, as The Lilywhites were held to a 1-1 home draw by Longford Town.

Things could have been worse, though, with Aaron McNally giving Longford the lead before Chris Shields – heavily linked with a move to Linfield – equalised in the first half.

Back in the Oriel Park dugout less than 12 months after his sacking was Perth, who restored Shields, Darragh Leahy and Daniel Kelly to the Dundalk starting line-up.

Meanwhile, bottom-of-the-table Longford made two changes from their 3-1 home defeat to St Patrick’s Athletic last Saturday, as Karl Chambers and Dean Byrne both came in.

Kelly had the game’s first shot for Dundalk, but his effort was well over the crossbar, while at the other end, McNally dragged an attempt miles wide of Alessio Abibi’s post.

Dundalk came very close to taking an early lead when Leahy’s cross from the left was met by Kelly, who ghosted in at the near post, forcing Longford custodian Lee Steacy to save.

Longford hadn’t won a competitive game at Oriel since 2008, and in the dugout for the Midlander’s that night was Perth – who was serving as the club’s caretaker at the time.

However, they took the lead on 14 minutes when full-back Paddy Kirk switched the play brilliantly, finding McNally out on the right and he beautifully finished beyond Abibi.

Patrick Hoban really should have equalised for Perth’s charges, with the Dundalk forward somehow blazing over from close range when it had looked easier to score.

Longford should have doubled their advantage when Aodh Dervin – namechecked by Perth during the week – skipped the challenge of several Dundalk players before finding Byrne, whose curled effort crashed off the frame of the woodwork with Abibi rooted.

Not long after that lucky escape, Dundalk levelled matters when Shields – who scored last time the sides met in May – powered his header home from Michael Duffy’s corner.

Leahy was enjoying himself out on the left and he combined well with Duffy before his final attempt trickled wide in what was the last notable piece of action of the first half.

The visitors almost restored their lead 12 minutes into the second period after Sam Stanton lost possession, allowing Dylan Grimes to race through on goal, but the Scottish midfielder got back brilliantly to clear off the line from Grimes’ final attempt.

Hoban was having a night to forget in front of goal, heading over the top not long before he stuck a leg out from Duffy’s drilled shot, with Steacy on hand to save from close range.

Dundalk were awarded a penalty on 74 minutes after Rob Manley handled from Duffy’s corner, but Hoban’s poor attempt from the spot and rebound was kept out by Steacy.

The hosts almost paid the ultimate price for those misses when a Chambers cross from the right found its way to Aaron Dobbs, but Abibi produced a great save to keep it at 1-1.

Greg Sloggett’s shot in the closing stages was brilliantly kept out by the superb Steacy, while deep into injury-time, Duffy turned wide, as the teams settled for a point apiece.