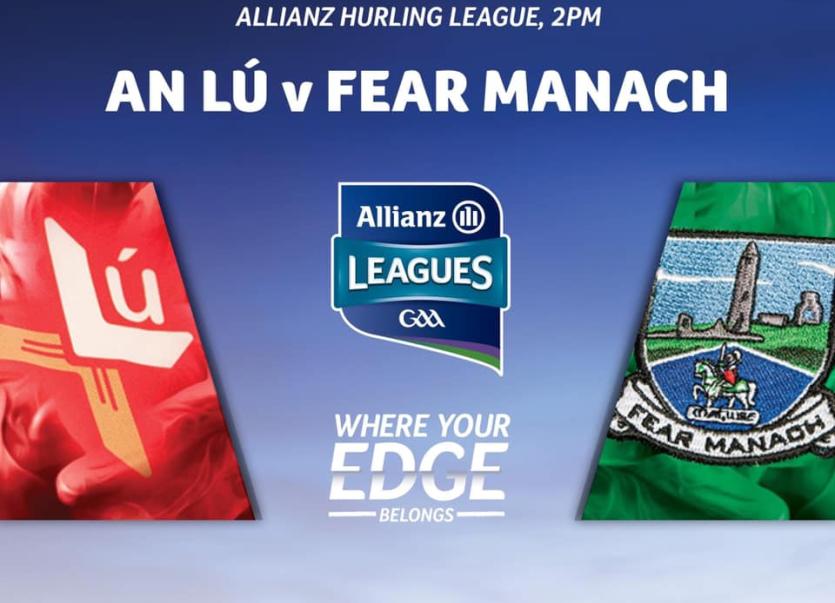 A battle between the two unbeaten sides in Division 3B National Hurling League awaits this Sunday, as Fermanagh make the trip East to face the Louth hurlers in Darver (Throw in 2PM).

With no final in this division, it is a do or tie tussle for promotion, a win for either team booking their place in 3A for 2022 while a draw would be enough for the home side as well.

With the crunch tie in mind, here is everything you need to know about the Fermanagh hurlers, from their meetings with the Wee County, to their current form going into this vital game in both sides long term development.

It was on the grandest stage, on the country’s most hallowed turf that Louth and Fermanagh last clashed, fighting it out for the Lory Meagher Cup in Croke Park last December.

The Wee County were searching for a first Lory Meagher since 2016 while the Ernesiders had won it a year earlier and a nip and tuck encounter ensued at HQ.

Andrew Mackin played a crucial role in the tie, banging in goals at pivotal times in the final, one to reignite their challenge and another to kill off the game.

26 minutes in the Naomh Moninne hurler soloed through the heart of the Ulster men’s defence, before booting it into the net to restore clarity after an earlier penalty had given Fermanagh a three point lead.

That was the difference at the break, 1-6 to 1-3 before a bright start from Joe Baldwin’s troops saw them turn things around as 1-1 in quick succession put them back in front.

But Louth showed true resolve, hitting the next four scores in the game and while two points from Fermanagh kept them in touch, on 57 minutes Mackin put a significant gap between the sides which was never threatened from there.

Feidhleim Joyce was alert to win a high ball on the edge of the square and then showed great dexterity of hand to pop an ideally timed hand-pass to the on-rushing Mackin who finished emphatically from close range.

That opened up a seven-point cushion, one which Louth only built on to eventually run out 11 point victors, 2-19 to 2-8 to bring the trophy home for just the second time.

The sides also clashed earlier in the year in Darver during the group stages of the competition, in a game which was once again an extremely competitive and entertaining encounter.

The Ernemen led at half time before the introductions of Darren Geoghegan and Niall Keenan from the bench saw the home side regain control of proceedings. However Fermanagh never backed down and showed great grit and determination to muster a very late comeback.

They trailed by four points with four minutes of normal time remaining, but a Sean Corrigan goal was the catalyst the Ulster men needed to go on a scoring spree that saw them record a narrow 3-10 to 1-15 victory.

Outside of these latest encounters, recent meetings between the two teams are hard to come by, Louth largely competing in Division 3A of the league and the Nicky Rackard Cup in the championship, while Fermanagh plied their trade in 3B and the Lory Meagher.

They did play each other in Division 3A back in 2015 at this weekend’s venue of Darver, on that occasion it was a straightforward result for Louth who won by 13 points, 4-17 to 3-7.

The game ending up being crucial, helping the Wee County narrowly retain their spot in 3A, while with no points rooted to the bottom of the table Fermanagh ended up back in 3B, where they have stayed ever since. Will that be in the minds of those lining out again this weekend?

Fermanagh have had a decent 2021 campaign so far and like Louth remain unbeaten going into this decisive final round contest on Sunday.

They opened the league at home to neighbours Cavan and held a seven-point lead late in the contest only to be knocked back by the Breffni men, who struck the last four points in a row to snatch a draw.

Last time out they travelled west to take on Leitrim, a side that plays their championship hurling at the higher Nicky Rackard level, but that didn’t stop them getting back to winning ways.

The Connacht side led for most of the first half, but a late goal from Sean Corrigan helped them into a 1-8 to 0-7 half time lead which they never let go of, running out impressive eight-point victors by the final whistle, 1-19 to 1-11.

It was a strong performance that remarkably saw them only register five frees, a remarkable showing of discipline that any team in the country would be extremely proud of. However, they also fired over 19 frees and will need to be more accurate if they are to challenge Louth.

As stated earlier, Fermanagh had a strong championship showing in 2020, making it all the way to the final of the Lory Meagher Cup Final before being edged out by the Wee County in the final.

They opened their championship with a snatch and grab win over Louth in Darver, before a draw in their next game with Cavan, 0-16 to 1-13 booked their spot in the final.

With so much on the line on Sunday, this game is one that could easily swing either way, with both teams yet to taste defeat this season.

Fermanagh have improved with every game they have played, showing much more discipline in their tackling and creating way more chances against Leitrim, but the way they buckled under pressure against Cavan on the opening day hints at some chinks in their armour.

Paul McCormack’s troops are on an upward trajectory this season with two wins from two, on both occasions having to dig deep into their reserves to bag the win.

Against Leitrim and Cavan they finished strongly, do it again on Sunday and they may have enough to seal immediate promotion back to Division 3A of the National League.

Both sides won a game a piece when clashing last year, but when it really mattered it was The Wee County that performed to land the All-Ireland title last December. Hopefully, the added incentive of more silverware can once more entice them to lift their game again to see off a fine Fermanagh side.