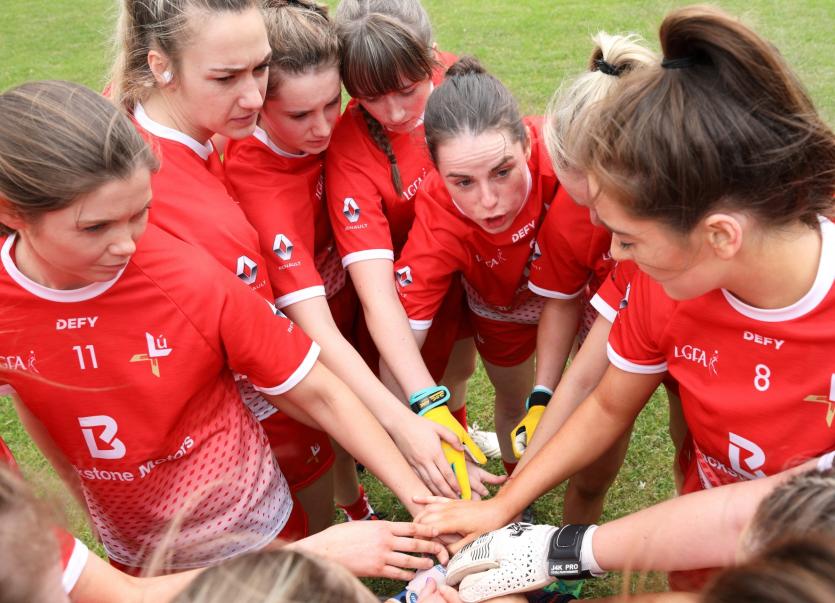 The Louth Ladies will once again compete in the Intermediate championship, with their destiny revealed following last night's draw

The Louth ladies footballers learnt their championship destinies last night as the draw for the 2021 TG4 Intermediate Football championship was made live on the LGFA’s social media channels.

13 counties will compete for the Mary Quinn Memorial Cup, with the teams split into three groups of three and one group of four and The Wee County were drawn into Group D of the competition, alongside Down and Offaly.

Down competed in Division Three of the National League in 2020, flying high in second place in the table with four wins from five when the competition was curtailed and eventually cancelled due to the Covid-19 Pandemic.

The Mourne county were drawn in the championship alongside the eventual Intermediate winners Meath, pushing them close when losing out narrowly 0-11 to 1-6, before finishing their campaign with a comfortable 3-12 to 1-10 win over Leitrim.

Offaly competed alongside Louth in Division Four last year, sitting mid table with two wins from four games when the league was halted.

Wayne Freeman’s troops were also knocked out at the group stage last year, having defeated Longford before being well beaten by All Ireland finalists Westmeath.

The rest of the draw sees Group A feature Louth’s conquerors The Lake County taking on Longford, Wexford and Sligo in the only group with four teams, Group B contains Clare, Fermanagh and Leitrim, while Group C comprises of Roscommon, Kildare and Laois.

The top two teams from each group will make up the quarter finals, with fixture dates and times yet to be announced by the LGFA.