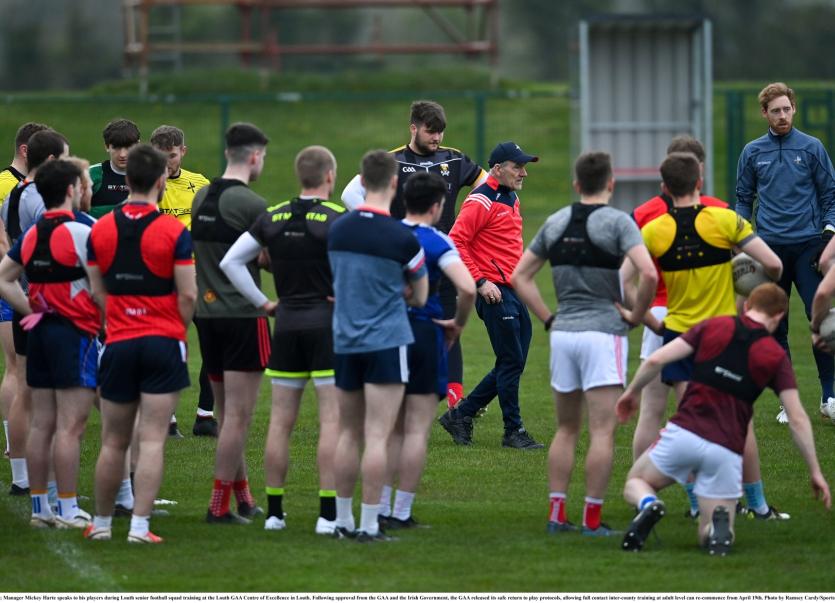 Mickey Harte has announced the starting 15 which will line out against Antrim tomorrow afternoon in the National League (Throw in 3pm), in what will be his first competitive game as the manager of the Louth footballers.

The team sees seven changes to the side which lost out to Longford in last year’s Leinster Championship, with keeper Martin McEneaney, corner back Donal McKenny and corner forward Sean Marry all set to make their league debuts.

Also returning to the side is prolific forward Andy McDonnell, who is the last remaining survivor from Louth’s Leinster Final appearance back in 2010.

The Newtown Blues clubman stepped away from the Senior panel in 2020 but has returned to work under the Tyrone native.

The other changes see Ciaran Byrne, Ciaran Downey and Declan Byrne come into the side to take on the Saffrons.

Of the seven names to be dropped, Conal McKeever, John Clutterbuck, Tommy Durnan and Patrick Reilly are named on the bench, while Kevin Carr and Conor Whelan are longer a part of the panel named which was revealed earlier this week.