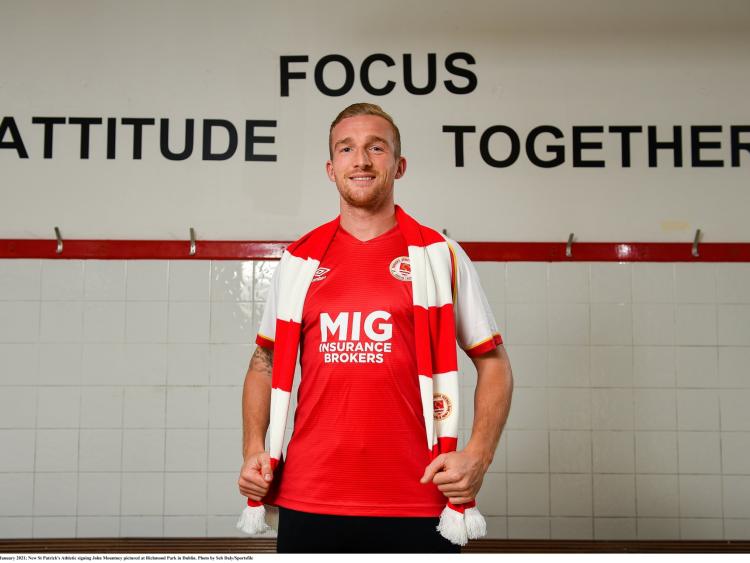 John Mountney, who was released by Dundalk FC just before Christmas, has today completed his long-awaited move to St Patrick’s Athletic.

The 27-year-old utility player had agreed to join the Inchicore club back in mid-December, prior to his contract with Dundalk coming to its conclusion.

The Bohola native, who was brought to Oriel Park as a 19-year-old in 2012 by Sean McCaffrey, made over 300 competitive appearances for Dundalk throughout a nine-year spell at the club.

Few would have predicted in 2012 – when The Lilywhites only stayed in the Premier Division by virtue of a play-off – that Mountney would go on to play a big part in an era which yielded five League of Ireland titles, three FAI Cups and three EA Sports Cups.

That, in addition to other honours and playing in two Europa League group stage campaigns has no doubt etched him into the Dundalk history books for eternity.

He now links up with ex-teammates Stephen O’Donnell, who is head coach at the Richmond Park club, and Robbie Benson, who played in midfield with Mountney at Dundalk between 2016 and 2019.