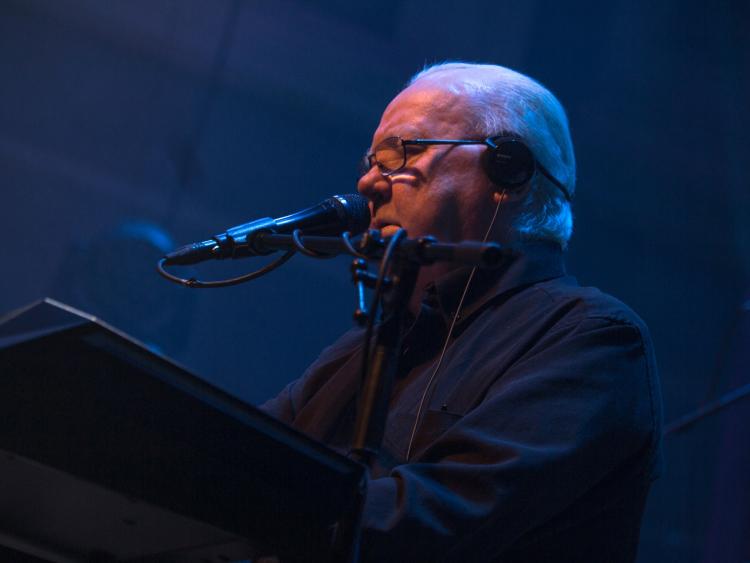 A flood of tributes have been paid to Bagatelle frontman Liam Reilly remembering the legendary Dundalk musician as a “true artist” and one of the country’s “greatest songwriters”.

Liam, who wrote the much-loved song Summer In Dublin which resonated with a whole generation and became an Irish classic, passed away suddenly but peacefully in his home in Dundalk on New Year’s Day at the age of 65.

The musician’s family said: “We know that his many friends and countless fans around the world will share in our grief as we mourn his loss, but celebrate the extraordinary talent of the man whose songs meant so much to so many.”

Local musicians, friends, fans and artists across the country paid tribute to the talented singer and songwriter who put Dundalk on the map with his music.

Fellow band member and bass player with Bagatelle Ken Doyle said that Liam was “an amazing musical force” who was a gifted musician, singer and songwriter.

Musician Patricia Duffy, a close friend of Liam and founder of the Dundalk School of Music, said that “Dundalk had lost a true legend” and that it was a great honour to have known him.

“How privileged I am to have worked alongside the immensely talented Liam Reilly”, Patricia said.

“His enormous contribution to music transcends generations and Dundalk and its people are very proud of his success.

“It’s a very sad day and a great loss for his family, friends and his many fans.”

Liam always contributed to the local community and Patricia said he was involved with music projects with St. Joseph’s School and was a huge supporter of Dundalk School of Music “captivating yet another generation with his talent”.

Jackie McAuley, blues musician and former member of the band Them who lives in Dundalk and was a friend of Liam, described him as a “national treasure who has left us a legacy of songs that will endure for the rest of our lives and beyond”.

“A wonderful songwriter with such a rich voice you could only envy” he wrote paying tribute to Liam on Facebook.

“As a friend l found Liam to be intelligent, highly informed and naturally creative.

“A songwriter who always appreciated and supported the work of other songwriters.

“In conversation, he regularly quoted lines from old and new songs he loved.

“A true indication of what made his creative heartbeat”.

Liam founded Bagatelle in his hometown of Dundalk with fellow musicians Wally McConville, Ken Doyle and John O'Brien in 1978.

The band became hugely successful nationally following Summer In Dublin, which Liam penned in 1980, and they signed a three-album deal, with hits including Second Violin and Lesson Street Lady following.

The singer and pianist represented Ireland at the Eurovision Song Contest in 1990 and came joint-second with his song Somewhere in Europe.

Brian Warfield of the Wolfe Tones, who had a number one with the song The Streets of New York, which Liam wrote described the Dundalk man as a “genius storyteller who had a gift for connecting with people”.

“A true artist and one of Ireland’s best ever lyricists”, he added.

Dundalk-born singer Cathy Maguire, who recorded with Phil Coulter and lives in America, paid tribute to Liam online saying:  “The most prolific songwriter of our time and the greatest friend and advocate a singer could ever hope for.

“I loved Liam so much and would tell him that on every phone call.

“He was one of the greatest writers Ireland ever produced and he always encouraged me and helped me to realise my talent.

“The greatest songwriter Ireland has ever seen.”

Dundalk band and friends of Liam Who's Eddie? said: “We are beyond heartbroken for our dearest Liam.

“Your musical talent was that of a genius, you put our small town of Dundalk on the musical map. “There are no words

“We have Liam's family and close friends in our thoughts and prayers at this tragic time.

“May his gentle soul Rest in Peace.”

Paddy McEneaney, or Paddy Mac as he's known to listeners of his show on Dundalk FM, and frontman of The Long Riders said on Facebook: “Another Legend Dundalk's Own RIP Liam”.

Music venue the Spirit Store paying tribute to Liam online said: “He was a true giant of music, and a friend to many round these parts. This one cuts deep. Sleep Well Liam.”

An Táin Arts Centre wrote: “Dundalk has lost one of its finest artists.

“Liam last played our main stage a couple of years ago as part of the annual Fairytale of Dundalk concert.

“He has left us with some wonderful songs.”

Liam Reilly will be laid to rest on Thursday, January 7.