McCoy gearing Brides up for first Louth intermediate final since 2013 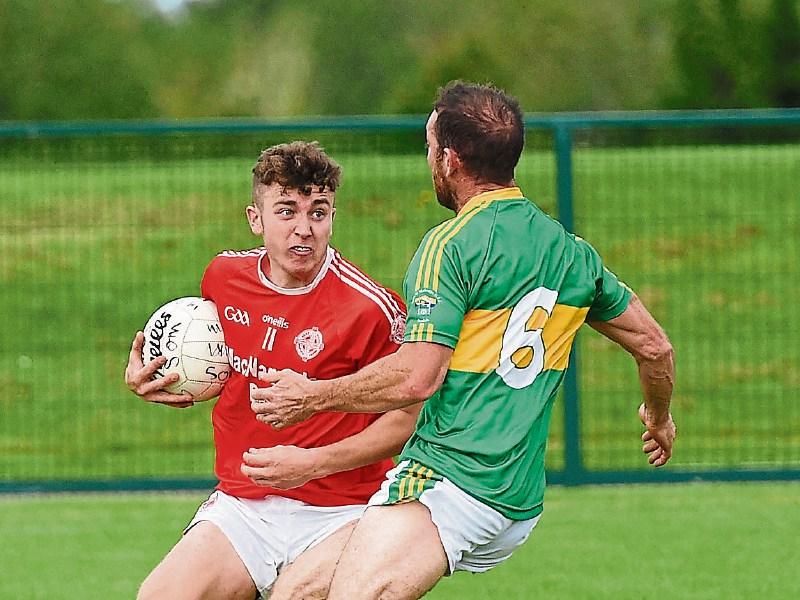 St. Brides boss Declan McCoy has led his charges to their first intermediate final since 2013 a momentous day indeed for the Knockbridge area, but McCoy’s relationship with finals is one of trepidation owing to his own clubs unsuccessful background.

“I'm a Dromintee man," McCoy lamented with a wry smile.

"My experience with finals is getting beaten by Crossmaglen we lost five senior finals in ten years to Cross. Other than that, as close as I would have come would be Liverpool in the champions league!

"No in all seriousness," he continued, “I'm a relatively young manger I would say, so hopefully this Saturday will be first of many but so far, my experience is watching from a far.”

Their opponents Kilkerley were the Brides conquerers at the semi final stage last season and that loss forced McCoy to look deep within himself and question even continuing in the role.

“There is no doubt about that. I took a bad hit after that loss, I had to question wether I wanted to stay in management after it because, Kilkerley were the better team no doubt about that, but I took responsibility for that ultimately in the end because it is the managers job to take that and I just thought I'd let us down a bit.

“It took a long long time to get over that. Short term, I didn't know what was going to happen, but long term these are the sort of things that make you a better manager, you learn. Unfortunately you learn from your defeats. It is either win or learn.”

So what exactly did McCoy learn from that devastating loss?

"Ach one thing I have learned you have to concentrate on yourselves a bit more. Maybe last year we maybe looked at the opposition a lot more last year, how to stop individuals but ultimately the game of football is about what you do as a team and the questions you ask.

“It being a one off Saturday, local derby yes, Kilkerley will be fancied by everyone else and rightly so, they are moving really well but we're there and we're not there for the fun like, or the parade. we'll go we'll enjoy it we'll ask our own questions and if we are good enough we're good enough, if we are not we'll shake Kilkerley's hands and wish them all the best."

Before he finished McCoy revealed the key to what has pushed his side one step further this season. A strong leadership group within and despite facilitating that McCoy is that he is quick to down play that and heap praise on his players.

“I would love to take the credit and say it is myself as a manager,” McCoy declared.

“Just within the club and the group they just want to drive and get to the next level. I didn't have to coach them, that is something you can't coach anyway! It is just simply down to the boys and they are driving the whole thing.

“We have plenty like, you know the likes of Paddy Reilly, Seán Marry from years gone by, you have Cillian Kirk who was in Canada last year big big player to come back in at full back and you have my captain this year James Costelloe ach you have leaders everywhere. Mick Keane, Conor Deane. They are all different leaders at times and that makes my job a whole lot easier.”

McCoy will be hoping his players get their hands on the Seamus Flood and make his final experience as a manager a lot easier also.