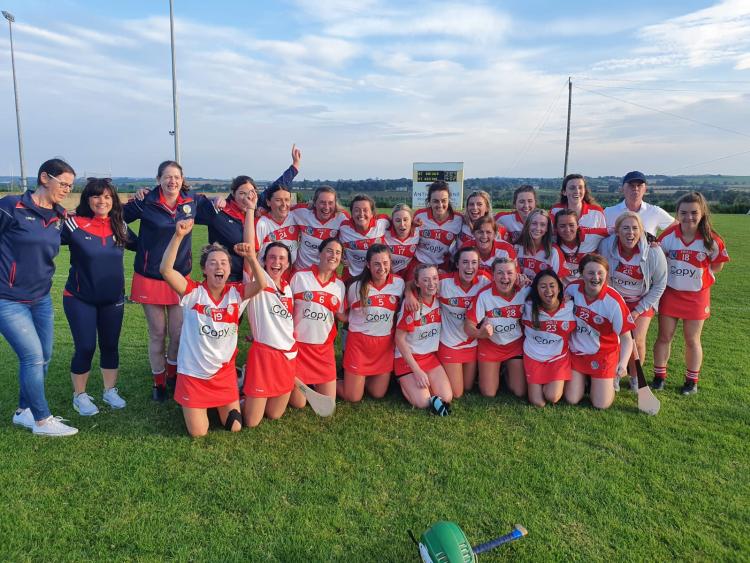 St. Brides made history at the weekend by winning the Louth Panda Senior Camogie Championship in Stabannon for the first time since 1953.

Both teams fought hard in what was a tensely contested, highly competitive game. St. Kevin’s held the previous six championship titles and were hoping to seal seven in a row but luck favoured St. Brides on the day. A late goal from a free taken by Daire Hoey that was tipped in to the net by ‘man of the match’ winner Cara McKeever secured St.Bride’s fate as they won out 2-08 to 3-04.

After losing to the Kevin’s in three previous finals, Captain Caoimhe Hoey was delighted to finally lift the cup for St. Brides. Her grandmother May Marry who sadly passed away in March played on the last winning senior team 67 years earlier and Caoimhe paid tribute to her in her acceptance speech.

A minutes silence was held at the beginning of the match to extend sympathy for the recent passing of Michael O’Broin and Fiona Quigley.

All at the club wish to thank the team’s managers, David Hoey and Eddie Quigley for their dedication, hard work and long standing commitment. Thank you also to the team’s supporters, past and present players and the previous coaches who worked with the team over the years. Thanks to the hard working, club committee members both past and present for all your efforts.

A very special mention to Nuala Hoey who has worked tirelessly over the past number of decades to keep camogie alive in Knockbridge and without who, this victory would not be conceivable.

The team are drawn to play a Westmeath club in January as they progress to the first round of the Leinster Championship.