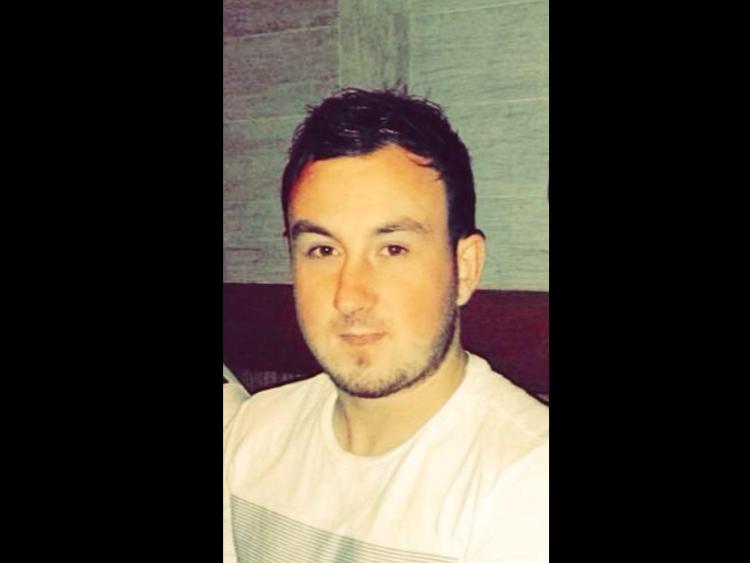 A video of a witness telling gardai that he heard Aaron Brady admit to murdering a garda was circulated on social media, with text accusing the witness of being a “tout” or a “rat”, in what the presiding judge described as “the most outrageous contempt of court” he had ever seen.

After hearing from representatives of WhatsApp Mr Justice Michael White found he was "powerless to prevent its dissemination" on that platform and could make no order that would prevent it being circulated. It was, the judge said, a deliberate attempt to intimidate the witness and others who were due to give evidence in the trial. The same video appeared on Youtube and Facebook who were able to delete it and prevent it being put up again.

The capital murder trial took place against a background of intimidation and interference, with witnesses and their families subjected to threats and targeted using social media.

Molly Staunton, who told the trial that she heard Brady admit that he “shot a cop”, received a death threat on Snapchat within hours of completing her testimony.

Throughout the trial, prosecution counsel Brendan Grehan SC raised concerns about the impact of witness interference and intimidation and worried that ongoing delays caused by the covid-19 outbreak and lengthy legal argument gave those intimidation efforts greater chance of success.

In total five people who had given statements to gardai failed to show up in court or told the prosecution that their original statements were inaccurate. One talked of being “petrified” after coming into information about the shooting. Another potential witness, a friend of Aaron Brady’s, originally provided an alibi for him but later retracted it and then did not come to court. He lives in Northern Ireland and will be arrested on a bench warrant if he travels south of the border.

Another man who lives in Northern Ireland lived with Brady for a period in New York and went out with Molly Staunton. He was there along with Ms Staunton when Brady went on a “rant” one evening and said he wanted to be a good father but had to carry around the guilt of having “shot a cop in Ireland”. This man initially gave gardai accounts of various times when he overheard Brady say incriminating things about the murder of Det Gda Donhoe but when it came to trial he did not come forward. There is an outstanding warrant for his arrest as a result.

Most outrageous contempt of court

Besides the leaked video on social media, Brendan Grehan SC for the prosecution told the court the same witness was the “subject of widespread intimidation both personally and through his family here in Ireland.”

In his statement to gardai the man in question said he heard Aaron Brady admit to shooting Det Gda Adrian Donohoe. He lives in New York where, due to the extent of the pandemic lockdown, it was not possible for him to be subpoenaed to give evidence.

Mr Justice White said he had “no doubt” the publication of the video was intended to intimidate the named witness and to have an effect on other witnesses due to give evidence. It had, he said, “interfered fundamentally with the administration of justice”.

Mr Grehan said the prosecution believes that the WhatsApp message was part of a “campaign to disrupt the trial and prevent witnesses, including [the subject of the video] from giving their testimony in accordance with their statements.”

In an update to the court on June 2 Mr Grehan told the trial that the witness and members of his immediate family, “have been subjected to an ongoing campaign of intimidation and it is continuing.” He said the leaked video was neither the beginning nor the end of the campaign and that it had become clear the witness was not going to give evidence.

Mr Grehan noted the timing of the leaked video, coming soon after the prosecution had secured permission from the court for witnesses based in America to give evidence via video link.

After hearing evidence that there was nothing WhatsApp could do to prevent the video being circulated, Mr Justice White said: “It's a sobering day for the administration of justice in Ireland.” He said it was the “most outrageous contempt of court I have come across” yet he was powerless to prevent it. At the time, he couldn’t even make an order telling people not to share the video because he would have to make the order public through the media which would alert the jury to the existence of the video.

Another man, who also lives in New York, told gardai that he heard Brady “boasting” in a pub that he knew what it was like to kill someone. According to his original statement to gardai, when Brady realised he was there he took him outside, assaulted him and warned him to keep his mouth shut. The man was left with a scar over his eye which was photographed by gardai.

Some months into the trial a solicitor on behalf of this man contacted Inspector Mark Phillips of the National Bureau of Criminal Investigation and told him that his client would not return to Ireland to give evidence because of outstanding criminal matters in Northern Ireland.

Inspector Phillips told the court there was no question of duress during the taking of the witnesses’ statement.

During their visits to the US gardai became aware of numerous people who had heard Brady admit to the murder. Although gardai tried to speak to them, most were unwilling to talk. Gardai claimed privilege over numerous documents generated during their investigations on the grounds that if they were revealed to Brady there would be a risk to the life or lives of people mentioned in those documents. The claims of privilege were upheld by Mr Justice White.

Mr Grehan also referred at various times to people being “terrified” after coming into information about the shooting and not wanting to speak to gardai as a result.

Molly Staunton told gardai that following her appearance in front of the jury she received a video death threat from a known associate of Aaron Brady, one of the men initially expected to give evidence against Brady but who failed to show up in court. The man, who was identified by the witness, sent her a Snapchat video in which he used his hand to form the shape of a gun and said, “bang bang, you’re dead”. This was followed by a text message saying: “You silly, silly girl” with ten crying laughing emojis.

Mr Grehan told the court that while Homeland Security was able to assure Ms Staunton that the man who sent the video was not in the US but in Northern Ireland, she was still scared for her safety and that of her family. She had previously been in a relationship with this man and he knew where members of her family lived. She also told gardai that she had done an internet search on south Armagh and the IRA and found something stating that informants would have a life expectancy of one week.

During legal argument in the trial Det Inspector Phillips revealed that Ms Staunton had been contacted prior to giving evidence by Mr Brady’s wife Danielle Healy who sent her a friend request on Facebook to Ms Staunton and also messaged the witness. Ms Staunton ignored both.

On April 24 Mr Grehan raised concerns that Danielle and Brady’s sister Sonya had contacted witnesses through social media. He said the prosecution believed “there are people hell bent on making life difficult for potential witnesses.”

He revealed that gardai had become aware that on April 8, 2020, while the court was on its Easter vacation, various witnesses or people close to them had been contacted. A former girlfriend of one witness, whose evidence was later deemed inadmissible by the judge, received a message from Aaron Brady’s sister Sonya Brady saying that her brother is on trial for murder but had no part in it. Ms Brady claimed that gardai had given people in New York money, arranged visa green cards and “left people off” with crimes in return for statements. She said the Brady family believed this woman’s partner was “one of those people who has been forced to lie about my brother.” She added that the family believed the man had visa problems and problems with a “sham marriage”. She added: “I promise you all the Brady family wants is the truth and we won't stop until we get the truth.
"We're asking people who have any or some knowledge about this behaviour no matter how small to help.
"We have information about [THE WITNESS] but we will continue to dig for more.
"If someone is telling the truth so be it, if they are telling lies we want to know.”

On April 14 Sonya Brady sent another message saying: “We are reaching out to you, please, please consider talking with us. All the Brady family want is the truth.”

By late June Mr Grehan raised concerns that delay in the trial due to ongoing legal argument was playing into the hands of those who were attempting to exert pressure on witnesses. On June 24, as Daniel Cahill was being cross examined, Mr Grehan said there was in the background “a campaign being waged on behalf of Mr Brady, excluding his lawyers, of contacting witnesses, associates of witnesses and family members in Ireland with a view to putting pressure on people not to give evidence.”

He said that as the delays continued “it provides further opportunities for Mr Brady or his family or associates to do that.”

Daniel Cahill, he said, had been contacted before it was even disclosed to the defence that he had made a statement to gardai. Mr Grehan said there was evidence that Brady had “boots on the ground” in New York who were keeping him abreast of who was speaking to gardai.

Sonya Brady had also contacted Mr Cahill prior to him giving evidence with a message saying “my dad would really appreciate if you would chat to us for five minutes over the phone. I understand the problem this has created but I promise all the Brady family wants is the truth.”

Chief Superintendent Christy Mangan has said that the issues around intimidation during the trial are under investigation by gardai.