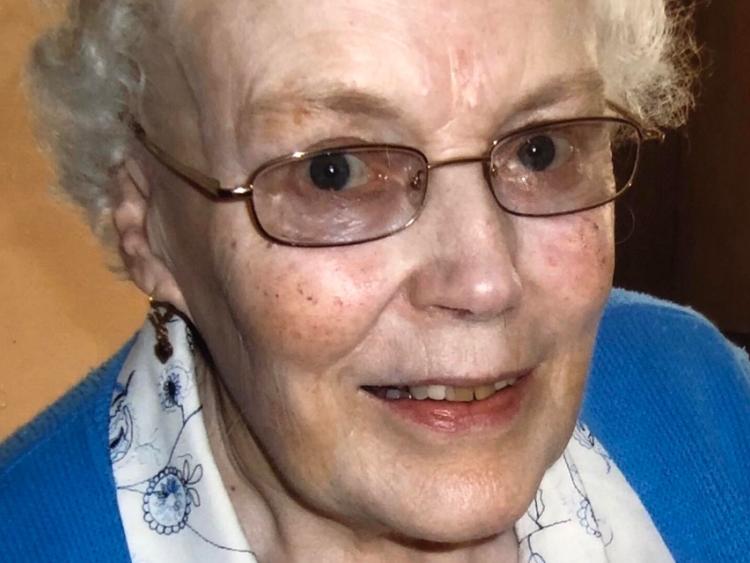 Mary (Moira) Ogle (nee Conachy), late of 78 Marian Park Dundalk, passed away on 21 March 2020. Mary was the wife of the late Robert (Bobby) and mother to nine children, two of whom predeceased her. Her daughter Briege, my beautiful and beloved sister, pre-deceased Mam by just five weeks.

Almost everybody reading this will have suffered bereavement and, unfortunately, there will be too many more during the current emergency. All over the country an entire generation of families are going to have to face grief in a way that is as cruel as it is unavoidable.

The impacts on the grieving process are many.

Firstly, I am aware that for some people who knew Mam, reading this may be the first thing they hear of her passing.

Every day now people who are part of our community, loved and respected, and who will be missed are being buried or cremated without many of their friends and neighbours even knowing they have passed. The traditional and world respected trappings of an Irish funeral are gone.

The wake is effectively gone because even if a family can have their loved one home now social distancing means it will be a shorter and smaller affair. Even for family members there are now necessary limits to interaction that are savage crosses to bear at a time of grief. To hug a sibling, hold hands with an upset family member, feel the embrace of neighbours and friends. These simple and necessary comforts are now gone.

Church services too are, necessarily, severely restricted. Mam’s service was in the Redemptorist and was limited to immediate family sitting just two persons per row of seats. Those with underlying conditions could not attend. Even many of Mam’s adored Grandchildren and Great Grandchildren could not attend. And for many families now flying a loved one home for a funeral will simply not be possible. The interment itself, and the ‘afters’ are no less difficult.

In our case a small number of us went for a short picnic to Port, close to where Mam grew up in Annagassan, and where she played as a child. It was just flasks of tea/coffee and sandwiches, some chatting and remembering, and we genuinely did give each other space for public health reasons. But even now, just less than two weeks later, other families cannot even enjoy a similar simple coming together.

To me the worst thing about the pandemic though, something that is going to afflict literally tens of thousands of people ultimately, is its impact on the grieving process itself. I should be able to go around Dundalk and absorb the losses I have just suffered. Instead I feel it acutely, but cannot face it or take it on. And if a person cannot take it on how can there ever be acceptance? We’re all locked away now in a world put on ‘pause’. I want to go with my sister to the nursing home and empty Mam’s room and take her clothes to a charity shop. But we can’t.

I want to go to my home place in Marian Park and sit alone with memories of childhood washing over me with every photograph, room, creak on the stairs. Sitting there I could not only remember, but actually feel Christmases past, family events, great days, and some not so great ones. But I can’t. Covid-19 has put the world on hold. It’s all suspended. It’s all terrifyingly real, but somehow simultaneously suspended. It’s not supposed to be like this.

People are wonderful though. When Mam was brought home, and again before she went to the Church the next morning, the neighbours of Marian Park came out and stood silently at their own doors and gardens. Nothing was said. Nobody invaded anybody’s space. But they were there. And it was uniquely beautifully respectful, and so much appreciated. Other little things too. The service was relayed live on the internet. All over Ireland and beyond, in Leeds and beyond, people silently followed.

They might not have known we felt their presence, but I can assure them we did. It works. Please, if you can, follow a service online for some bereaved family or neighbour. I wouldn’t previously have been a fan of condolences by ‘text’ or ‘whatsapp’, but in these times those simple messages mean a lot. They bring an otherwise missing connection. And the messages of condolence from people on RIP.IE are so deeply appreciated. Don’t ever pause from putting up such a message because you think a grieving family won’t read or see it. They will. Especially now. They are so important.

In the end we were a little bit lucky. As we left the almost empty Church we spotted some people we know in the car park, and across the road. They were there, alone, and they had silently come to follow the service online on their phones - from outside in the Car Park! What do you say about people like that? The only thing I can say is that it will never be forgotten. Such a gesture in these awful dark times.

There’s no happy ending to this piece. All we can do is hope that we all find ways of honouring and remembering those who pass during this awful time, and of helping their bereaved families as much as we can.

‘This too shall pass’. We’ve got to believe that.’