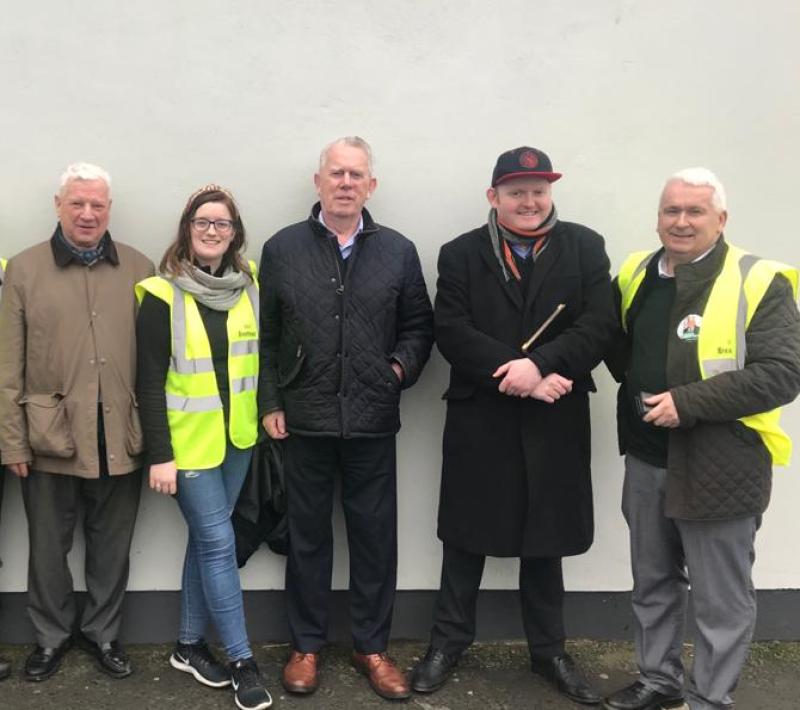 FF candidate Declan Breathnach with some of his campaign team (PIC: @BreathnachLouth)

The Louth FF candidate was responding to claims made earlier today by Louth FG candidate John McGahon, who said that Fine Gael is the only party that will "give people on low and middle incomes back the money they’ve earned."

Deputy Breathnach told the Dundalk Democrat today that under the FG proposals, "only 1 in 5 workers who are in the highest income brackets will receive their €2.3 billion tax cut.

"This is despite the ESRI citing Ireland's tax system as very progressive, Fine Gael’s plan is extremely regressive", he added.

"Fianna Fáil have directed tax measures at middle income families who are already paying high rents, insurance and childcare costs.  Our proposals will help these families.

"It must also be remembered that in the lead up to the last election Fine Gael promised to get rid of USC. Immediately after getting into office they dropped the plan.

"They cannot be trusted to follow through on their promises," Deputy Breathnach added.

According to the Fianna Fáil policy document on Personal Taxation, the party's tax plan includes the following aims:

• Fully equalise the self-employed with PAYE workers by increasing the Earned Income Tax Credit to €1,650;

• Increase the income tax exemption limits for the over 65s by €500 for a single person and €1,000 for married couples;

• Help parents using a registered childminder with a €2,000 Childminder Credit.