OBITUARY: Patsy Lynn was a legend in Irish drama circles 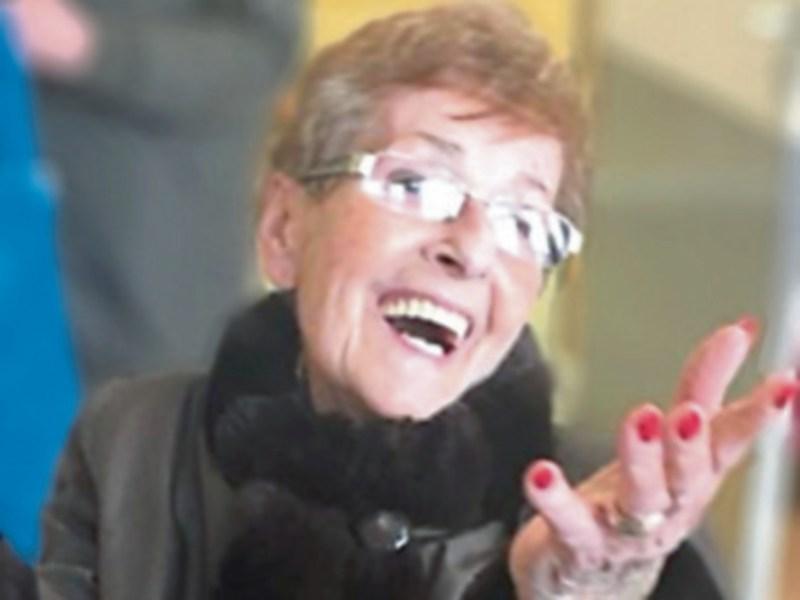 Patsy Lynn (nee Begley) who died, aged 81, on May 27, 2019, was a legend in Irish drama circles, one of the finest actresses to grace the Dundalk or any other stage and was widely regarded as a Performer Extraordinaire.

Effervescent, vibrant, gracious, charming and utterly unforgettable, she exuded vitality which she brought with her both on and off the stage.

She was born in Dundalk on August 6, 1937, the third of five children to Paddy Begley and his wife Annie (nee McCaffrey).

Patsy began performing at the tender age of four when her aunt Lola created a special club for her – Patsy’s Club - and it was in this club that her incredible talent was first revealed as together with her sisters Nuala and Alice she began performing such plays as ‘Peter and the Clock’ and ‘Sweet Wine and Youth’.

From an early age she displayed a talent for verse speaking and having entered a competition in Newry began a pattern that became all too familiar – she won.

Her many awards at feiseanna include the John Boyle O’Reilly Cup at Feis Muirhevna, awarded with full marks on the adjudication of the renowned Abbey producer and Dundalk native, Tomás MacAnna.

Her exceptional talents included Irish dancing for which she won multiple awards including Leinster, Ulster and All-Ireland dancing championships.

As a teenager she joined Dundalk Musical Society where she excelled in countless musicals playing a variety of roles from Ado Annie in ‘Oklahoma’, Ellie-May in ‘Showboat’, Adelaide in ‘Guys & Dolls’ to the title role of ‘Dolly’ in ‘Hello, Dolly’.

The numerous accolades she received for these performances extended nation-wide and included invitations to perform as Guest Artiste in a number of the major musical societies in Ireland and in the company of international artistes, most notably with the Curragh Musical Society in the title role of Dolly in Hello Dolly in the company of Bernadette Greevy with the RTE Light Orchestra.

Her musical adventures extended to include performing at venues all over Ireland together with Oliver Molloy and Tommy Lee in ‘The Wanderers’ and a period as lead singer with Jimmy Shields and his band.

Patsy’s love of theatre encompassed all genres and she auditioned and was invited to join both the Abbey Theatre and its Northern equivalent, the Group Theatre in Belfast.

Widely regarded as Ireland’s finest amateur actress she won in-numerable awards as Actress of the Year at multiple drama festivals on the national circuit.

A member of the renowned Dundalk drama group, The Genesian Players, she won national acclaim for her performances in ‘The Barretts of Wimpole Street’, ‘The Field’, ‘Many Young Men of Twenty’, ‘The Plough and the Stars’ and her own personal favourite, the demanding role of Cass in the Brien Friel play, ‘The Loves of Cass Maguire’.

The acclaim and recognition of her truly exceptional talent included the accolade of J.B. Keane who travelled to Dundalk to see Patsy perform in his play ‘Many Young Men of Twenty’ and declared her performance as Peg to be the seminal performance by an actress in that role.

In later years, Patsy’s repertoire continued to expand and she participated in both Poetry and Play Readings and explored the world of cabaret.

She, together with the late Bernie Baldwin and their company Lynn-Baldwin productions, presented shows which combined diverse forms of entertainment including music, song, dance; and their travels included visits to the United States for a series of shows in the New York and Connecticut areas.

Pasty’s active participation in dramatic performance waned on the passing of her leading man, her husband Tom, but her love of theatre remained undiminished through life.

Patsy is survived by her children, Karen, Michele and Peter, daughter- and son-in-law, Niamh and Steve, grandchildren, Jonathan and Aoife and sisters, Alice, Nuala, Rita and Jacinta.