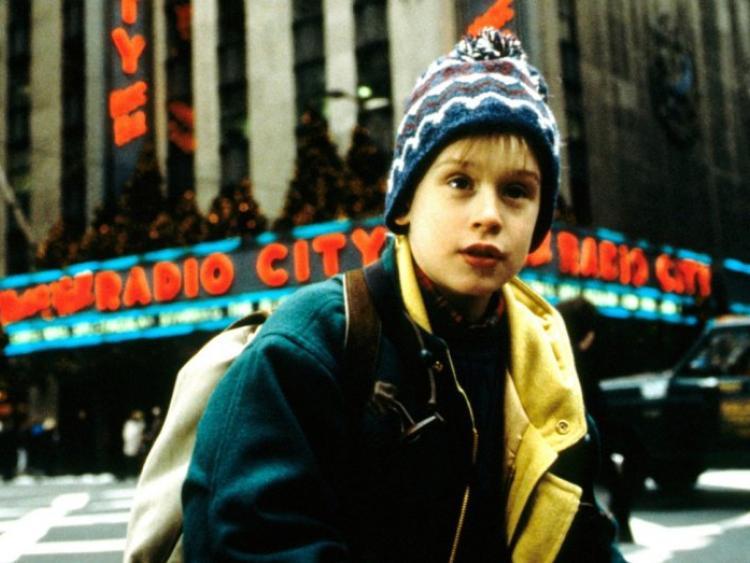 Christmas time is one of the busiest times of the year in cinemas, and with movies like this we can see why. After some requests, Dundalk Omniplex have put together a round of up some of the big movies they'll be showing this Christmas.

Omniplex is wrapping up the #BringItBack Christmas Season with Home Alone 2!

In this sequel to the highly successful Home Alone, child-star Macaulay Culkin returns, in the role that made him famous, as Kevin McCallister, a precocious Chicago boy who mistakenly boards a plane to New York while the rest of his large family wings to Florida. In Manhattan, he takes up residency at the Plaza Hotel, but his posh holiday is disrupted by the re-appearance of crooks Harry (Joe Pesci) and Marv (Daniel Stern).

Our final screenings nationwide this Christmas eve will be a special showing of Home Alone 2!

Love Actually Fans nationwide will be treated to a special one night only showing of Love Actually on Sunday the 22nd of December at 5:30pm in all Omniplex Cinemas for just €8 and include your cinema treats!

Nine intertwined stories examine the complexities of the one emotion that connects us all: love. Among the characters explored are David (Hugh Grant), the handsome newly elected British prime minister who falls for a young junior staffer (Martine McCutcheon), Sarah (Laura Linney), a graphic designer whose devotion to her mentally ill brother complicates her love life, and Harry (Alan Rickman), a married man tempted by his attractive new secretary.

Star Wars Episode IX: The Rise of Skywalker (Out Now)

Forty-two years since Luke Skywalker was introduced to our world, the ninth and final episode of the Skywalker saga is finally among us. Star Wars Episode IX: The Rise of Skywalker takes place a year after the events of The Last Jedi (2017).

The remnants of the Resistance face the First Order once again – while reckoning with the past and their own inner turmoil. Meanwhile, the ancient conflict between the Jedi and the Sith reaches its climax, altogether bringing the Skywalker saga to a definitive end.

Little Women explores the lives of the March sisters in 1860s New England, in the aftermath of the American Civil War. According to one of its producers, the new adaptation focuses more on the sisters' young adult lives, particularly after Meg, Jo, and Amy leave their family home. The film jumps back and forth in time and focuses more on themes than narrative.

With a stellar cast and a smart, sensitive retelling of its classic source material, Greta Gerwig's Little Women proves some stories truly are timeless.

Cats is a most-unexpected film adaption of Andrew Lloyd Webber’s beloved smash musical.  A tribe of cats called the Jellicles must decide yearly which one will ascend to the Heaviside Layer and come back to a new Jellicle life. One of the longest-running in history, Cats boasts a fantastic cast, starring Idris Elba, Taylor Swift, Ian McKellen and Judi Dench.

André Rieu - 70 Years Young celebrates André's 70th birthday, looking back at this most spectacular performances throughout his career from all over the word - remastered exclusively for cinema audiences. This unique anniversary event will take audiences on an unbelievable journey around the world to André Rieu’s most amazing concert locations; such as Schönbrunn Vienna, Radio City Music Hall New York, Brazil, Mexico, the Coronation Concert in Amsterdam and Australia.

Spies In Disguise (From 26th December)

Super spy Lance Sterling and scientist Walter Beckett are almost exact opposites. Lance is smooth, suave and debonair. Walter is not. But what Walter lacks in social skills he makes up for in smarts and invention, creating the awesome gadgets Lance uses on his epic missions. But when events take an unexpected turn, Walter and Lance suddenly have to rely on each other in a whole new way. And if this odd couple can't learn to work as a team, the whole world is in peril.

The Gentlemen follows American ex-pat Mickey Pearson (Matthew McConaughey) who built a highly profitable drug empire in London. When word gets out that he's looking to cash out of the business forever it triggers plots, schemes, bribery and blackmail in an attempt to steal his domain out from under him. With Guy Ritchie directing and writing this crime/action movie, we can expect the same spirit as Ritchie's earlier projects such as Lock, Stock and Two Smoking Barrels and Snatch.

As the last days of World War II play out, Jojo Betzler is a bright, awkward ten-year-old with a Hitler Youth uniform and Adolf Hitler as his imaginary best friend. Jojo's world view is turned upside down when he discovers his single mother is hiding a young Jewish girl in their attic. Aided only by his idiotic imaginary friend, Adolf Hitler, Jojo must confront his blind nationalism.