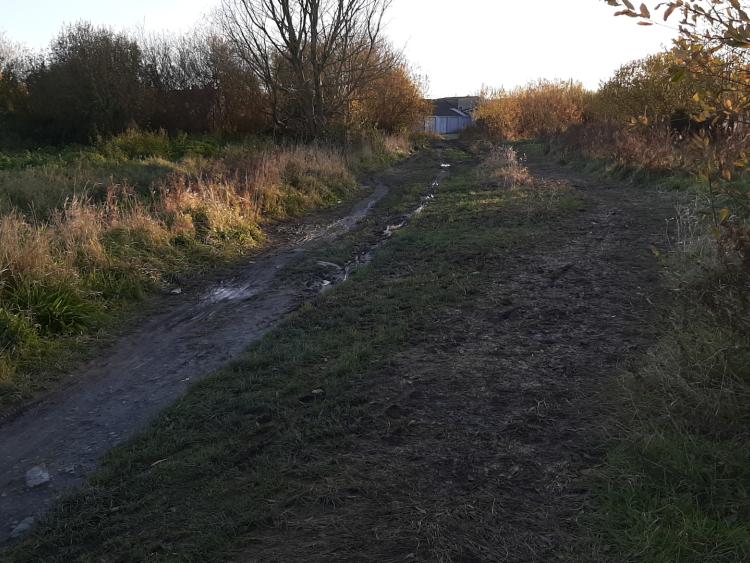 Louth County Council have said that the sale of land upon which it is currently developing a riverwalk, should not affect the future of the walkway, following legal advice given to it by its solicitors.

Questions were raised last week, when a parcel of land, for which Louth County Council received €100,000 in government funding to develop as a proposed Ramparts-Blackwater riverwalk, was advertised for public auction.

Last week, a listing appeared on property website daft.ie, announcing the sale of property which includes this particular piece of land, by public auction on December 10. Louth County Council confirmed to the Democrat last week that this was not publicly owned land.

In February, at the Dundalk Municipal District monthly meeting, members heard that Louth County Council secured €100,000 to develop a riverwalk on this land. The announcement was in response to a query from Cllr Maeve Yore.

At the Louth County Council November meeting today Cllr Ruairí Ó Murchú and Cllr John McGahon both raised the issue, asking a number of questions, including if the sale of the would impact on the project, if the council had applied for the funding and then realising it didn't own the land and what communications has there been with the owner of the land since last year.

Mr Johnston said that the Council's Wayleave rights were over 100 years old and their legal advice was that they had the right to develop the riverwalk. It is hoped the riverwalk will be completed early in the new year, he added.

Speaking to the Democrat after the meeting, Cllr McGahon said: “The Council had a very logical answer. The fact that we clearly have had a right of way that dates back over 100 years is clear as day.”

Cllr McGahon, however, added: “The only questions I would have now is did the Council engage with the owner of the land in the first instance to say we have a right of leave over here and this is what we're going to do with it.

“My only concern now is simply  to ensure that whoever the land owner is, that they actually know there is a right of way, that there is funding of over €100,000 [for a riverwalk].

"My only issue was that if it got into a legal quagmire would it delay the project, would we lose the funding over it, but I was very happy with the response from Mark Johnston. It was very clear cut, it added a whole lot of clarity to the question.”

Cllr Ó Murchú also shared his thoughts on the Council’s response, saying that the Wayleaves meant that the Council “will maintain full control of this.

"It means the sale is impacted in the sense that they [the Council] can do this. Obviously who owns it now is aware of this. Who is going to own it next is going to be aware of this. It’s a done deal. How exactly that works as regards insurance etc, would be something we would need to follow up on.”